Morici: Fed Might Do Better to Sit on Its Hands

This afternoon the Fed meets to discuss options to jumpstart a moribund U.S. economy. It doesn't have any attractive options, because leadership from the White House, Treasury and Energy Departments is needed to get the economy going.

Neither operation twist to further lower long terms rates nor statements of greater clarity about its future of Fed policies will do much good. 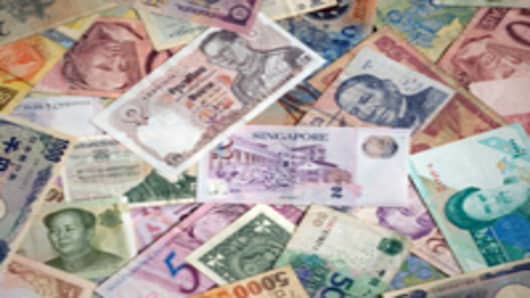 The U.S. economy is not suffering from an inability to make things but rather insufficient demand for what it could make.

Fiscal policy is played out-with a federal deficit of about $1.5 trillion additional borrowing to spend more, or cutting in one place to spend in another as the President advocates, will not do much good.

The real problem is the trade deficit-too many dollars go abroad to pay for imported oil and Chinese consumer goods thanks to lousy energy policies and China's artificially undervalued currency. The present occupant of the Oval Office and his Treasury and Energy Secretaries, though well aware of these problems, simply won't act.

Too little demand equals too few jobs, and not enough buyers to raise home prices by clearing out the excess supply on the market-both foreclosed houses offered by banks and others offered by owners with good reason to change residence-simply can't attract enough qualified buyers .

The Fed is considering operation twist-selling short-term securities on its balance sheet and to purchase longer-term Treasuries, and drive down long-term Treasury and mortgage rates.

Mortgage rates are already at historic lows-and pushing those closer to zero won't change the logic of the housing market.

No job, no income, or lousy job and no raise, equals weak demand for houses, and flat or falling prices.

The Fed has already indicated it intends to keep interest rates low until mid-2013, and that is about all it can say with certainty.

Ultimately, without action by the Fed on exchange rates and the White House and Energy Department on oil and gas policy, the U.S. economy is not going to move.

Mr. Bernanke at times has mentioned the consequences of China's currency for US recovery-as has the President-but the rules of the playground in Washington prohibit him from further commenting on exchange rates, because that is the domain of the Treasury.

No one in the Administration is permitted to comment on the fallacy of shutting down domestic oil and gas production to bank on electric cars, which won't adequately dent oil import costs for the balance of this decade. Mr. Bernanke is not inclined to take what might be viewed as a partisan position on energy policy.

Further, inflation is heating up-more because China, flush with dollars from sales of yuan to keep its value low, is driving up global commodity prices, than anything the Fed has done. Nevertheless, further Fed action will attract more Republican criticism that it is causing inflation to creep up.

Monetary policy can't do much in the current environment, and to avoid damaging the credibility of the Fed, Mr. Bernanke might do better to sit on his hands.

Peter Morici is a professor at the Smith School of Business, University of Maryland, and former Chief Economist at the U.S. International Trade Commission.