Here’s the Real Reason Business Insider Is Doing So Well 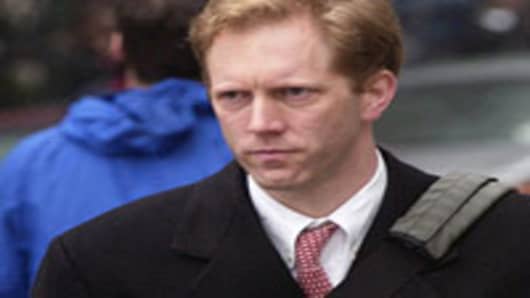 The news of a cash infusion was actually broken by the site’s start-up reporter, Alyson Shontel, a week earlier. But the size of the latest round of funding surprised many—even Blodget, who said BI was originally just looking to raise $2 million.

The funding has prompted a debate over the merits of BusinessInsider.

[Note: I used to work at BI; read the full disclosure below.] Ryan McCarthy at Reuters authored a blog post titled “Business Insider, over-aggregation, and the mad grab for traffic.” His basic complaint was that the site lifts too much of its content from others without doing much to direct web traffic to the sites where the material originally appeared. Marco Arment, the inventor of Instapaper, agreed.

Arment adds another critique—perhaps the best known one—of Business Insider: the site relies too heavily on misleading headlines and slideshows to juice its pageview numbers.

It has nearly everything that offends me as a web reader and writer:

linkbait headlines, more ads than content, more sharing buttons than original words, top-list “slideshows” that make readers click for every item and defraud advertisers into thinking that their page views are legitimate, Tynt messing with copy and paste, Vibrant Media’s double-green-underline ads, generic images slapped next to each post (often poorly Photoshopped®), and tabloid coverage of every rumor and inflammatory non-event so they can fight all of the other tabloids for Google’s pennies.

I’m sure there will be a lot more criticism leveled at Business Insider as this debate gets going. BetaBeat at the New York Observer has joined the fray. And Blodget himself is inviting commenters to explain why “Business Insider Sucks.”

This is a good debate to be having. Sites like Business Insider, Huffington Post, and Reuters’ Counterparties are experimenting in how readers get news and commentary online. And it will be quite a while before we work out what counts as good practice when it comes to aggregation, slideshows, and linking.

But the debate also misses the point in some ways. Business Insider is clearly doing some things very, very well. It attracts 12 million unique users a month—which is really, really incredible. So what makes Business Insider such a powerhouse?

I recently dropped by the Business Insider offices. When I first started working there, we were less than a dozen people at desks in a corner of Gilt.com’s offices. Henry sat in the back corner, a couple of sales people sat next to him, Peter Kafka grumped at Dan Frommer across their face-to-face desks, and I was at the desk closest to the door. When Joe joined us, he took the desk directly across from me.

These days the offices look like a Wall Street trading floor. Dozens of people sit in rows of desks with multiple monitors on their desks.

Joe has a Bloomberg terminal, and like, four other screens. Near the front there is a video studio where they shoot interviews. There are sixty or so people working there.

Here are four things I noticed about BI’s strengths.

Great Technology. The back-end technology at Business Insider is leaps and bounds better than any I’ve seen — perhaps apart from Gawker. The content system makes it super easy to put together posts, add images, and make changes. The editors are constantly experimenting with headlines and images, trying to see what will get a reader’s attention.

I sat down at the desk next to Nicholas Carlson while he was adjusting the layout of Business Insider’s technology page, Silicon Alley Insider. It’s incredibly simple to swap stories and change the format of the pages on Business Insider. No complicated codes to remember.

Competitiveness. Business Insider is an internally competitive place to work. The editors compete with each other on who can get the best stories and most pageviews. You hear them talking smack to each other in the newsroom about who is “winning” or who is “behind.”

But this competitiveness doesn’t diminish their team spirit. The place is a start-up and it feels like one. They consider themselves underdogs battling vastly bigger media companies. They want to be better at what they do than everyone else.

User-Focused. There’s a schizophrenia that runs through much of the media. Writers and editors often went into writing or editing with an eye on improving the world. They want to educate, inform, expose corruption. At the same time, they know they need to appeal to commercial and reader interests that they often hold in some degree of contempt.

The animating forces at Business Insider are very different. They want to deliver what the reader wants. Their entire goal is producing the most “user-friendly” media company they can. They’re constantly experimenting with what level of reporting, aggregation, commentary, and summarizing will best satisfy and attract readers.

Should a story about influential people at Google be titled: “Google’s Secret Leaders?” Or maybe “The Real Power Insider of Google?” Or “Top Ten Googlers You’ve Never Heard Of?” I think Carlson tried all three headlines in the five minutes or so I was sitting next to him.

This focus on readers is also why Blodget, Weisenthal, and Carlson are greatly offended by the accusation that their headlines are sometimes misleading. They don’t want to disappoint readers by having stories that don’t match the headlines. On the other hand, they really do believe that a powerful and clever headline is valuable to readers.

And they are right — it’s a lot more fun to read “Dow Smashed!” than “Stocks Decline For Third Day.”

Rewarding Talent. Did you know that Business Insider’s managing editor is just 27 years old? How about this freaky political reporting genius Zeke Miller — that guy can’t be even 25 years old yet!

Business Insider gives young people who don’t have much in the way of traditional journalism credentials a lot of room to grow as writers and reporters, develop their own voices, and rise through the organization. The people who have been there the longest take very seriously the job of fostering new talent.

I’ll add that the dependency on talent is one of BI’s weaknesses as a business. If I were a potential acquirer or an investor, I’d be nervous about how much of the value of the company is based on people who are not under long-term contracts. A few high-level defections could damage the entire enterprise.

[Full disclosure: Henry Blodget hired me to work at Clusterstock in the fall of 2008. Back then there was no Business Insider. Henry’s best-known publication was Silicon Alley Insider, which had already figured out it had to pivot from being a site focused on New York tech start ups to one with a broader tech focus.

I told Blodget that I would only come work for him if he hired Joe Weisenthal as well. When Joe and I first got to the offices, they were eerily quiet. Joe and I decided we would intentionally start shouting in the office through the day just to make it more acoustically exciting. I’m not sure if it was the shouting, but we pretty quickly sent the site’s traffic on a rocket trajectory that has never stopped. I’m told by sources at BI that Joe still shouts.

Clusterstock was rolled up with Silicon Alley Insider into an over-arching brand called Business Insider. Joe was promoted from deputy editor of Clusterstock, to managing editor of a new site called Money Game, to deputy editor of Business Insider. I was fired in the spring of 2010 — although I’ve never been entirely sure why. When I first told the newsroom I was fired, people thought I must have been joking.

Getting fired was personally devastating — for about 16 hours. I do not remember the trip back to Brooklyn from the office that day because I was in a daze. It didn’t seem real. The next day my phone started ringing from people who had heard that I’d been let go and wanted to talk to me. CNBC hired me, gave me my own website, and let me go on television — even with a beard!

I regard Nicholas Carlson as a close friend. Joe Weisenthal says that I’m his best friend in New York City, although we do not get to see each other as much as I’d like.]