"We’ve got to fix the problem on the debt," said the Virginia Republican. "We’ve got a debt crisis and we know what the problem is. The problem is health-care entitlements," including spending for Medicare, Medicaid, and Social Security . 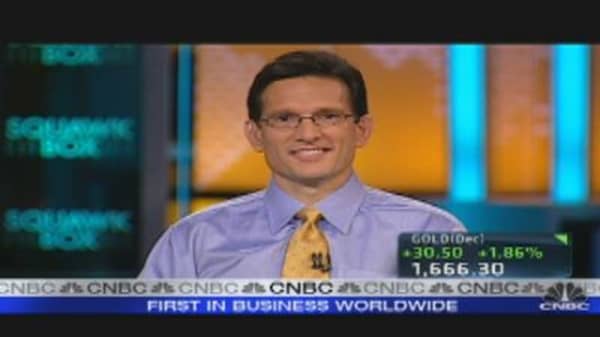 Cantor believes President Obama doesn't want to deal with the spending issue, with the president preferring to "inflame" the country before the 2012 election by dividing Americans and pushing for taxes on the wealthy, he said.

"The problem is right now what you’ve seen is an administration that doesn’t really appreciate folks who want to come to America and be successful," Cantor added. "Why would you want to come here, invest your capital or take risk here if you’re just going to be excoriated for being successful and accused of being greedy?"

He said taxing the rich is no guarantee Washington will even create jobs. "Is it better to let [Facebook founder Mark] Zuckerberg keep the money to create more jobs in that company or better to send that to Washington in hopes of Washington creating the jobs?" Cantor asked. 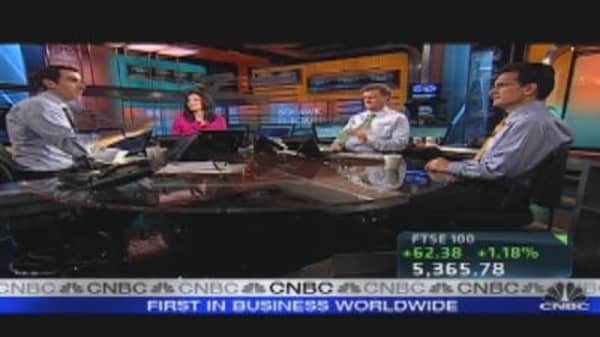 Cantor said he understands the anger of the Occupy Wall Street protesters.

"The reality is we have a disparity of wealth in this country that continues to worsen, and folks are frustrated. I get that," Cantor said. "How do we fix the fact that we want the middle class in this country to see a better day?"

He said the president "wants to take from those who have been successful to give to those who haven’t. I would say I would…like to see everyone be successful. I would like to help those people reach the point they could see themselves earning the kind of success that they want."