Slovakia will most probably cave in to international pressure and vote for the expansion of the euro zone's bailout fund, but the previous rejection should serve as a lesson that the single currency area's decision-making system needs to change for the euro to survive, analysts told CNBC.com Wednesday. 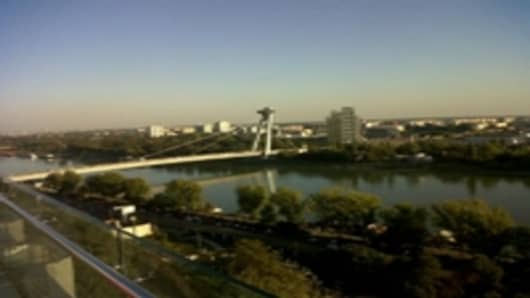 Slovak Prime Minister Iveta Radicova's government fell late on Tuesday because a small party in her ruling coalition refused to back the expansion of the European Financial Stability Facility or EFSF, arguing that the Eastern European country of 5.4 million is too poor to be able to finance the fund.

Stock markets opened lower and the euro fell initially after the news, but they later rebounded as optimism that a solution will eventually be found prevailed.

"What we're seeing now in the markets is a relief rally; it's based on hopes that we will get a comprehensive plan at the end of October of possibly November," Martin van Vliet, an euro zone analyst with ING Bank, told CNBC.com.

But investors would do well to still keep an eye on Slovakia, as the approval of the fund's expansion may take some time, analysts said.

"We are not worried [by the first rejection] but we need to monitor the situation closely," Gudrun Egger, Erste Bank euro zone analyst, said. "It's a good lesson for the future."

Germany's Economy Minister said he was confident that Slovakia will approve the EFSF expansion and that he thought Slovakia was aware of its responsibility towards Europe, while Austria's Foreign Minister said the fund could start without Slovakia.

European Commission President Jose Manuel Barroso and Herman Van Rompuy, President of the European Council said in a statement that an enhanced EFSF was "in the interest of all euro countries, including the Slovak people".

"We call upon all parties in the Slovak Parliament to rise above the positioning of short term politics, and seize the next occasion to ensure a swift adoption of the new agreement," they said. 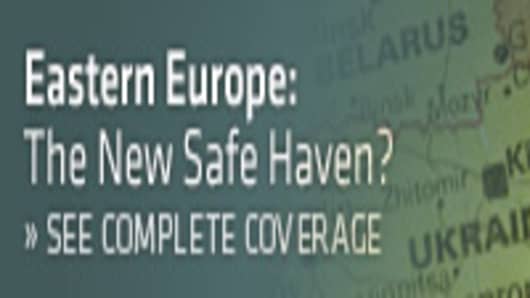 The vote on Tuesday serves as a signal that the European Monetary Union (EMU) must change the way it takes and implements decisions if it wants to stop being overtaken by markets and ensure that it fixes the euro zone's ills quickly, analysts said.

"It's such a small a country, how can such a small country take the euro zone hostage?" van Vliet said. "They used this vote, as I understand it, to potentially bring down the prime minister. You'd hope that politicians understand that they're playing with fire here."

The leftist Smer party has said it would be receptive to voting in favor of expanding the EFSF, in exchange for compromises such as a cabinet reshuffle or early elections.

With Radicova's government voted out, Slovakia will either have an interim government until early elections take place, probably at the beginning of next year, or the existing parties in parliament will decide to create a new government, Juraj Karpis, an analyst with the Institute of Economic and Social Studies in Bratislava, told CNBC.com.

"I'm not sure that political parties will be able to negotiate an agreement by the end of the week," Karpis said, but added that the EFSF expansion will most likely pass as the international pressure is so intense.

Slovakia's commitment to the rescue fund is around 7 billion euros ($9.7 billion), which means around 10 percent of the country's gross domestic product. "If you have to pledge 10 percent of GDP, you have to expect that there will be discussion in parliament," Karpis said.

The expansion of the euro zone's rescue fund breezed through parliaments in the other 16 euro zone member states, leaving Slovakia exposed to criticism that it used an important issue for the single currency area to settle domestic political disputes.

"I'm quite surprised that not more countries used it for political domestic issues. I think it's kind of a signal that there is a big debate on these issues," Karpis added. "Maybe they will change the workings of the EMU so that one country cannot change the procedures."

Leaders in the euro zone have been slow to react for the past 18 months since the debt crisis started, partly because of this cumbersome decision-making system, van Vliet said.

"Let's assume that the EFSF would have the opportunity to intervene in bond markets, you can't ask each member state if they agree to this first," he said. "Maybe, just maybe, some of the European leaders might start to contemplate a slightly different strategy over the next 12 months."

Van Vliet added that he didn't expect a sudden move to a totally different approach and that there were still doubts on whether politicians will meet investors' expectations.

"The market is already front-loading now what they will think will be the outcome later this month. So it's up to the politicians to meet these expectations and I'm still a bit cautious here," he said.