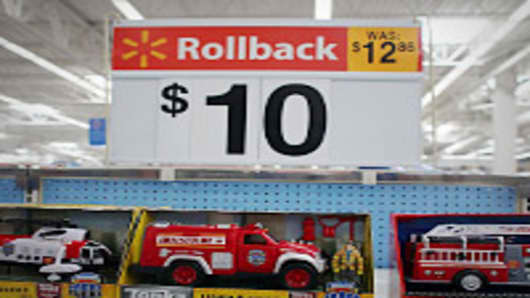 Getty Images
A sign advertising $10 dollar toys is seen in the toy department of a Walmart store.

Executives for the world's largest retailer said during the company's annual meeting for analysts Wednesday morning that its same-store sales at its Wal-Mart stores have been positive for the past three months, and have been trending higher since May.

Shares of Wal-Mart , which no longer reports its same-store sales results on a monthly basis, rose on the news.

According to Widlitz, Wal-Mart has turned around its U.S. business by broadening the range of products it offers and by once again focusing on having the lowest prices. 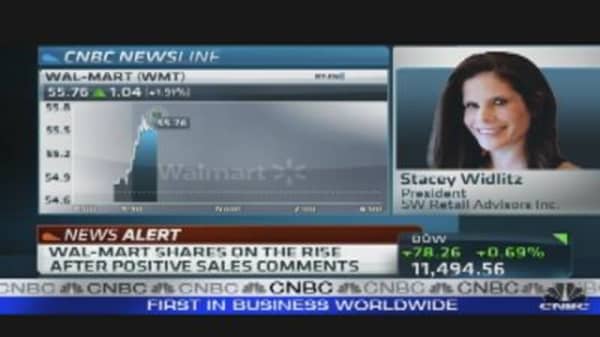 Wal-Mart also told analysts that the company will be investing more than $2 billion in pricing initiatives over the next two years.

Wal-Mart's core shopper has been hurt hard by the economic downturn. Some of these customers have switched to even lower-priced options such as dollar stores to buy what they need. Or they have traded down from national brands to private-lable product.

According to Widlitz, Wal-Mart executives have seen fewer consumers trading down in recent weeks.

"Their target consumer is under a lot of pressure so I still think this is a wait-and-see kind of story," Widlitz said.