Fears of a collapse in China’s property market have sent shares of mainland developers and the MSCI China Property Index tumbling in recent weeks. However, Daiwa Capital Markets says the stocks have been oversold and is optimistic the mainland property market is headed for a soft landing. 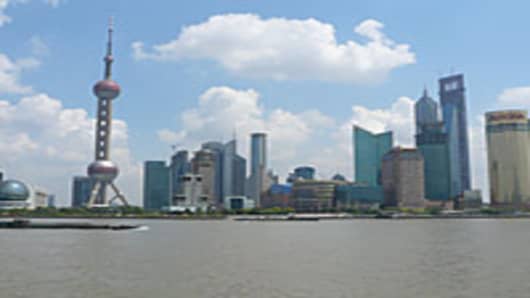 “Equity valuations (are) telling us investors are worried about a hard landing, but the physical market may possibly go into a soft landing situation in the next 3-12 months,” Danny Bao, Head of Hong Kong & China Property at Daiwa Capital Markets, told CNBC on Friday.

Bao says there is a disconnect between property stock valuations and what is actually happening in the physical market.

Among the 14 major cities under Daiwa’s coverage, only Beijing and Shanghai registered year-on-year price declines of 2.3 percent and 1.9 percent respectively in August.

Bao estimates that transaction volumes will fall by around 5 percent in 2011 from a year earlier. But, he doesn’t believe this is a cause for concern.

“In 2008 transaction volumes fell by 20 percent, but home prices only fell by 5 percent. Based on this data, we’re not worried about a hard landing in the property sector,” he said.

Time to Invest in Mainland Property?

According to Bao, current property stock valuations have priced in a 20-30 percent correction in property prices over the next 12 months. However, he is forecasting just a 5-10 percent decline in prices over the same period.

If China’s inflationary pressures continue to ease, as they did in September, he says the government could reverse its property tightening measures, which would help bring back demand. Inflation in China eased to 6.1 percent in September from a year earlier.

“Price weakness is a response to government policy, it’s not because of a drop in demand. If policy continues to drive weakness going into the first half of 2012, the government will fine tune the existing policy.”

“Current valuations in China’s property sector appear to have factored in the policy risks and look attractive for long-term investors,” he said.

The MSCI China Property Index is currently trading at a 55 percent discount to its net asset value, while its trough in 2008 was around 72 percent, according to Daiwa.