Apple, Yahoo and Why It's Hard to Buy Stocks Now

Volatility in European equity markets and quarterly earnings reports out of the US are distorting the price of stocks and making it hard for investors to buy in the short term, Chris Tinker, equity strategist at Libra Investment Services told CNBC Wednesday. 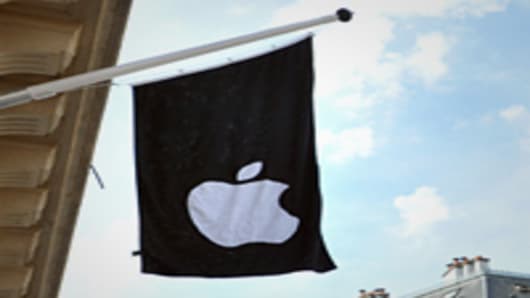 He stressed that company earnings were distorting the value of stocks, evident in the performances of Apple and Yahoo shares, which fell and rose respectively after hours on Tuesday based on how they performed relative to analysts' expectations.

Apple shares plummeted by as much as 7 percent late on Tuesday after fourth-quarter results showed a slowdown in iPhone sales, despite increases in earnings and revenue.

Conversely, Yahoo shares rose by 3 percent after hours as earnings beat analyst forecasts, despite a decline in online advertising for the fourth straight quarter.

"Two things to note there, one of which was an awful lot off the Apple share price and not a lot within the Yahoo share price, so right now we're in this relative expectations game… where do we think everybody else thinks we should be? And the big problem many clients are facing is it's really difficult to find things you want to go out there and say: 'Now is a real opportunity to buy this.'"