European stocks were called to open lower on Wednesday, following Asia overnight where shares fell ahead of a crucial meeting of European policymakers which some analysts fear will not bring forward a lasting plan to ease the sovereign debt crisis in the euro zone. 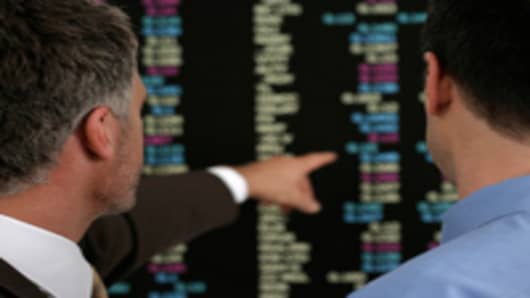 The FTSE is called 16 points lower, the DAX in Frankfurt is expected to open lower by 22 points and the CAC 40 is called down by 12 points.

Doubts have been cast over the likelihood of leaders finding agreement over how to deal with the debt crisis, but Jean Claude Juncker, prime minister of Luxembourg and head of the Eurogroup finance ministers, said in a TV interview late on Tuesday that he believes leaders will take "crucial and even groundbreaking decisions."

However, Dutch finance minister Jan Kees De Jager told his nation's parliament on Tuesday that the latest EU summit might not yield an agreement and he accused the "Anglo-Saxon press" of hyping the meeting as "decisive". He added that it was better to take more time to reach an agreement on bank recapitalization, haircuts on Greek debt and the nature of the EFSFthan to reach an agreement quickly that might not be workable.

US Treasury Secretary Timothy Geithner urged European leaders to provide clear details on a plan to resolve the crisis in the euro zone on Tuesday, saying outlining their "objectives" would not be enough.

Former Federal Reserve chairman Alan Greenspan struck a pessimistic note in an interview with CNBC, claiming that the European monetary union would never work because of insurmountable differences between northern and southern European cultures and economies. Greenspan added that the divide had been "grossly underestimated" when the euro was created in 1999.

All eyes will be on Brussels on Wednesday as EU leaders meet to thrash out a deal on the debt crisis. British Prime Minister David Cameron will be in attendance, despite reports that French President Nicolas Sarkozy believes the meeting should be confined to leaders of euro zone countries. Following the summit, the German parliament will vote on any new European Financial Stability Facility guidelines.

Meanwhile political turmoil in Italy added to nervousness. Umberto Bossi, leader of the Northern League, whose support is vital to Silvio Berlusconi, said the coalition had reached agreement on economic reforms, but added he was still pessimistic about the survival of the coalition government.

Software group SAP announced that it is considering buying back shares after the company reported a profit of 1.25 billion euros ($1.74 billion) in the third quarter.

From the UK, British American Tobacco will release its third quarter trading data on Wednesday and GlaxoSmithKline will report on the quarter.

Dutch brewer Heineken beat expectations with its results on Wednesday reporting a 0.6 percent jump in revenue to 4.65 billion euros ($6.47 billion), against a Reuters forecast of 4.51 billion euros.