Blog: How Will China Support the Eurozone? 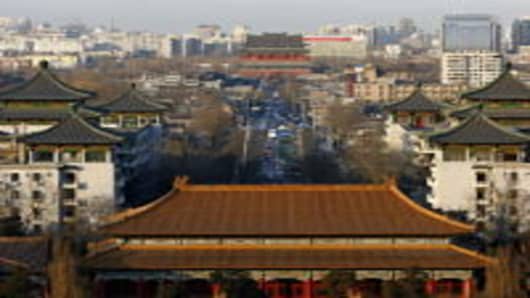 Even if China would like to support the Eurozone, it cannot bail out risky crisis economies. There is a win-win solution, but that requires concessions on both sides.

According to a recent IMF report, half of the €6.5 trillion stock of government debt issued by euro area governments is showing signs of heightened credit risk.

So how should China support the Eurozone?

How much will China invest into EZ?

From the Chinese standpoint, a thriving euro can counter-balance the increasingly hollow U.S. dollar . The euro is part of China’s envisaged co-existence of the US dollar, euro, and Chinese yuan , as the three leading global currencies.

In Western media, China is often portrayed as awash with cash, primarily due to its large $3.2 trillion foreign exchange reserves. The realities are more complex.

China’s reserves are for the most part invested in long-term sovereign debt instruments, with around 60-65% in U.S. dollar instruments, 20-25% in euro assets, and the remainder split between other currencies. However, only a small fraction is held in highly liquid short-term paper.

According to media reports, China is considering an investment of $50-$100 billion into the Eurozone – that is, 1.6%-3.2% of its foreign exchange reserves.

Of course, theoretically, longer-dated instruments could be liquidated, but it would not make much sense from the Chinese standpoint and it could severely destabilize the markets.

Furthermore, China could accelerate the diversification of its reserves by investing more in euro assets. But even that would not be enough. The estimated refinancing needs of the PIIGS economies for 2012 are about EUR 730 billion (more than $1 trillion).

Most importantly, Chinese public opinion would not support such risk-taking. China must cope with domestic development needs of its own and Chinese investors are mandated to seek long-term, high financial returns, within reasonable risk tolerance.

Chinese public opinion will accept a business proposition that makes sense. And that’s precisely why China will play a role in the Eurozone.

The Eurozone is China’s most important trading partner and takes up 20% of China’s total exports, which is slightly more than the US share in Chinese exports. For this reason alone, China has a vital interest in a stable Eurozone.

From Nokia and Ericsson to Siemens and Carrefour, European multinationals have played a vital role in China’s economic development. Conversely, much remains to be done because China has a stock of only EUR 7 billion ($10 billion) in foreign direct investments in the Eurozone; just 3% of its total outward FDI stock as of 2010.

More importantly, the Eurozone remains China’s most important high-tech trade partner. Europeans sell China advanced technology that the United States is not willing to sell, due to export controls.

Additionally, the euro leaders could facilitate Chinese investment into the Eurozone in three ways:

China cannot save Europe, but it will support sensible efforts to sustain the major European economies.

Dan Steinbock is research director of international business at India China and America Institute (USA), visiting fellow at Shanghai Institutes for International Studies (China) and in the EU-Center (Singapore).

Dan Steinbock is research director of international business at India China and America Institute (USA), visiting fellow at Shanghai Institutes for International Studies (China) and in the EU-Center (Singapore).