When future financial historians look back at the early 21st century, they may wonder why anybody ever thought it was a good idea to repackage subprime securities into triple A bonds. So, too, in relation to assumptions about the “risk-free” status of western sovereign debt. 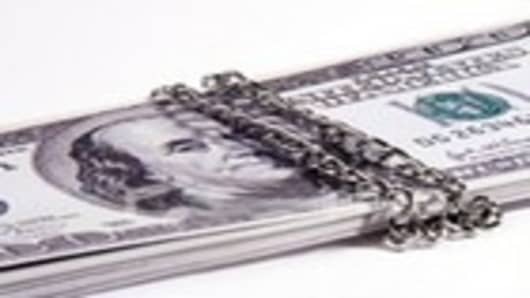 After all, during most of the past few decades, it has been taken as a key axiom of investing that most western sovereign debt was in effect risk-free, and thus expected to trade at relatively undifferentiated tight spreads. Now, of course, that assumption is being exposed as a fallacy. Just look at those Greek haircuts, or the scale of future losses now being implied in the credit derivatives markets for Portugal, Ireland and Italy.

As the turmoil in the euro zone spreads, forcing a paradigm shift for investors, the intriguing question now is whether we are on the verge of a paradigm shift in the regulatory and central bank world, too. After all, it is not just investors who have tended to assume that mainstream sovereign bonds are risk-free; this assumption has also acted as a pillar of the entire regulatory structure, and many central bank operations.

When regulators drew up the Basel I capital adequacy framework in the 1980s, for example, they gave western sovereign bonds a “zero” risk weighting, in terms of how capital is calculated. This was subsequently modified in Basel II, to give banks some theoretical discretion to raise reserves against sovereign risk. In practice, this zero-risk weighting policy has prevailed. In some senses it has been actually reinforced in the past five years because regulators have demanded that banks raise their holdings of liquid, safe assets, following that subprime turmoil. Those “safe” assets have been – you guessed it – mostly government bonds.

But as Greek woes mount, there are now some hints that we may be on the edge of a paradigm shift. One straw in the wind can be seen in recent comments from Sharon Bowles, head of the monetary committee at the European parliament, who is now urging regulators to remove the risk-free sovereign tag, not just in relation to reserves (ie for any holdings of Greek bonds, say, or loans) but for counterparty risk in trading deals, too.

Over in Washington, a behind-the-scenes debate has started at the International Monetary Fund, too, about what risk-free means in regulatory systems. Last week, Hervé Hannoun, deputy director general of the Bank for International Settlements, gave a fascinating – and startling – speech which called for a shift “from denial to recognition of sovereign risk in bank regulation” to “help to restore confidence and to foster fiscal discipline”. More specifically, Hannoun wants banks to incorporate realistic assessments of credit risk when they make reserves for sovereign debt and calculate capital adequacy; and not just in the euro zone (which is belatedly moving that way in relation to Greece) but in countries such as Japan or the US, too.

If these ideas gather pace, they could have big implications in the longer term. For one thing, more realistic assessments of sovereign risk would probably force the banks to hold more capital, and raise sovereign borrowing costs. They might also force the central banks to change how they conduct money market operations, and impose tougher haircuts not just for obviously impaired debt (such as Greece), but bonds carrying potential risk, too (how about Japan, with a debt to gross domestic product ratio 220 percent?).

The other 800lb – or $500,000 billion – gorilla in the room is the derivatives market. Until now, sovereign entities have generally not posted collateral for derivatives deals, partly because of that risk-free tag. But Manmohan Singh, an economist at the IMF, believes that this anomaly has helped to create a severe under-collateralisation problem, worth $1,500 billion-$2000 billion for the 10 largest banks alone. If “true” counterparty risk were ever recognised in derivatives, in other words, the implications could be brutal (not least because there may simply not be enough decent collateral to go around, or enough room for manoeuvre by state entities.)

Of course, regulators understand this. Thus, I don’t expect Hannoun’s appeal to be heeded too widely, too soon. It is one thing for European regulators to make banks write off Greek bonds; it is another to reshape the entire rules of modern finance. But the more contagion spreads across Europe’s sovereign debt market, the more pressures will rise for a longer term rethink of that zero-risk label.

After all, as Hannoun says, if regulatory systems had not encouraged banks and investors to be so complacent about sovereign risk in the past, markets might have done a better job of signalling that structural tensions were rising in the euro zone – and today’s crunch would not be creating such a convulsive shock. It is, as I said above, wearily reminiscent of the subprime tale. And, sadly, that is no comfort at all.