The two main threats to the U.S. economy are government overregulation and plain fear that has not dissipated since the financial crisis, former General Electric chairman and author Jack Welch said. 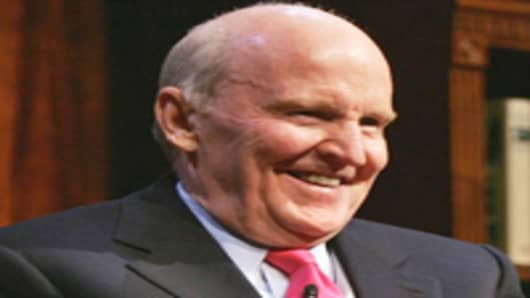 Much has been discussed regarding the lack of demand that is depressing hiring, housing and the entire slow-growth economy.

Welch said in a CNBC interview that the low demand is rooted in two areas: Regulation gone wild during the Obama administration, and worries "in the gut" that the economy would turn back into recession or even depression.

"We all lived through three years ago, all those 401(k) collapses, all those things. That fear is in the gut," he said. "Then you compound that with the uncertainty from this administration and this incredible run on regulation, which is beyond belief...We have a regulation runaway (like) we've never seen."

There are 382,000 regulators "coming to work every day" for the federal government, which is a 20,000 increase over the past two years, according to Welch.

Companies also aren't hiring because they've learned to do more with less during the economic pullback, and Welch worries that the jobs lost since the financial system imploded aren't coming back.

He is also concerned about the country's refusal to pursue policies that will foster energy independence, specifically citing natural gas drilling as an important move toward that goal.

"We can handle the environmental issues. We can do it right," he said. Of environmental opposition to drilling, he said, "This is pure politics."

Welch also revealed the sale of the Jack Welch Management Institute to Strayer University. The institute is an online training program that currently has 198 students under enrollment, with a goal of 5,000 in five years.