Fitch ratings agency on Thursday downgraded its credit rating for Portugal to BB+ from BBB-citing “large fiscal imbalances” and “high indebtedness across all sectors” as well as a gloomy economic outlook as the main reasons for the country’s fall below investment grade rating. 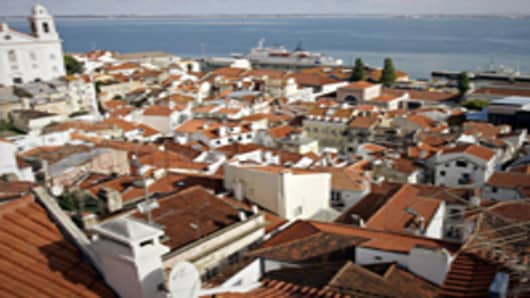 The agency has lowered its growth forecasts for Portugal in light of the worsened European outlook, and now expects gross domestic product (GDP) to contract by 3 percent in 2012.

“Over the next two years, the recession makes the government's deficit reduction plan much more challenging and will negatively impact bank asset quality,” Fitch said in a statement.

It added however that it judges the government's commitment to the program to be strong.

“The 2012 budget contains significant expenditure reductions, mainly on pensions and civil service pay. The budget is well-designed and is based on reasonable GDP assumptions. Fitch therefore expects the 4.5 percent deficit target for 2012 to be met,” it said.

But “the risk of slippage — either from worse macroeconomicconditions or insufficient expenditure control — is large,” Fitch said.