European Look Ahead – Bonds and Politicians for a Change

Guess where we'll be getting our cues from this week. From the bond markets and the politicians! Tadaaa! Fantastic! So something new to look for then! Unfortunately...not the case. Glancing at the agenda, the most important political event to be aware of is the Eurogroup meeting of Finance Ministers on Tuesday. 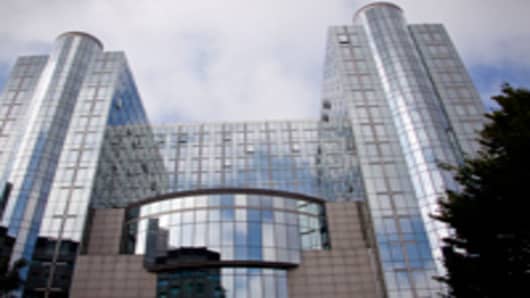 Greece is hoping to get its hands on a long-awaited eight billion euro ($10.6 billion) aid installment, but the release of what is the sixth tranche of aid from Greece's first bailout agreement has been dependent on written consent from Greece's political leaders that they would stick to reforms necessary to receive Greece's second bailout agreed back in July.

Hopefully we'll hear more about the details of the second Greek bailout, and it would be surprising not to hear more noise about necessary bank recapitalizations and how to make the European Financial Stability Facility (EFSF) more effective.

Auctions, Not Data, To Dominate

Last week it became very hard to avoid the jittery moves in the core European bond markets as we saw a terrible German 10-year bond auction, and core European spreads widen against their German counterparts, just as had been the case with periphery debt against core Europe.

At the end of last week, Italian yields had once again jumped after an expensive bond auction for Italy, and core countries Germany and France saw yields widen as well — mostly on general worries of confidence.

Granted, these auctions may not be the largest on earth, but given the markets' willingness to short European countries' bonds on any given day, they will still be watched.

Given all of the above, the European data seems almost irrelevant. We know things aren’t looking hot. We know there is a bigger risk of a European recession than what we thought a few months ago. Even if the US November employment numbers on Friday show us a better print than October’s 80,000, I’m not sure the markets will really care.

If anything, having already told us they would give us an update on the US sovereign rating before December, there could be more focus on the potential of ratings agency Fitch stamping the US with a ‘negative outlook’ or even cutting its AAA status completely.

Lastly, be aware that Chancellor Osborne’s second Autumn Forecast also to be published on Tuesday. Analysts expect UK GDP targets to be cut, though many still seem to think fiscal rules can be met.