5% Returns Will Be 'Upper Echelon' for Years: Gross

Most investors for the next several years will be lucky to get a 5 percent return in their portfolios thanks to the growth-constricting debt problems in the U.S. and Europe, Pimco's Bill Gross said. 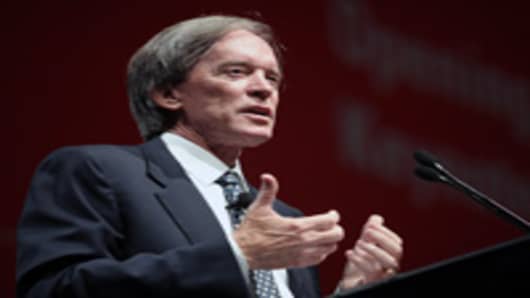 Europe's "dysfunctional family" of disparate nations will make a long-term debt solution elusive and cause the crisis to spread to other countries, said Gross, who as co-CEO at Pimco helps run the world's largest bond fund.

In his monthly commentary, Gross paints a grim picture of Europe's future and advises investors to avoid the region and focus on other parts of the world such as Brazil and Asia.

"Investors should recognize that Euroland's problems are global and secular in nature, reflecting worldwide delevering and growth dynamics that began in 2008," he wrote. "It will be years before Euroland, the United States, Japan and developed nations in total can constructively escape from their straightjacket of high debt and low growth."

Until then, he said, investors should get used to low rates, slow growth and weak returns from their portfolios.

"If you can get long-term returns of 5 percent from either stocks or bonds, you should consider yourself or your portfolio in the upper echelon of competitors," Gross wrote. 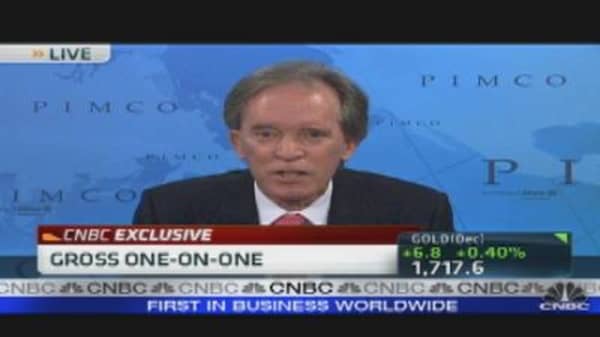 Pimco itself has come under some criticism for its investment strategy this year.

Gross a few months ago owned up to his firm's mistake in 2011 of directing investors away from Treasurys. Despite the heavy $15 trillion debt load and $1.3 trillion budget deficit, investors have continued to snap up U.S. notes and bonds as a safe haven against the turmoil from Greece, Italy and other peripheral eurozone nations.

Pimco's showcase $244 billion Total Return Fund is up just over 2 percent for the year. Pimco overall has $1.35 trillion under management.

Gross has pointed out that the firm has done well despite missing the mark on Treasurys, and he advocates finding the "cleanest dirty shirts" in which to invest. Among them are the U.S., Canada, United Kingdom and Australia. He also advocates finding higher-quality corporate bonds in 2012 as economic growth slows.

"Because of Euroland's family feud, because of too much global debt, because of deflationary policy solutions that are in some cases too little, in some cases ill conceived, and in many cases too late," Gross said, "financial markets will remain low returning and frequently frightening for months/years to come."