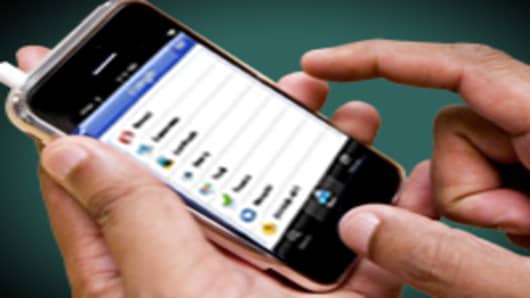 For weeks, privacy concerns swirled around a piece of software installed on millions of phones that allegedly logs keystrokes, location data and a host of other information.

Today, major phone companies are finally responding with denials of any involvement, but Sprint and AT&T say they are using Carrier IQ to improve performance.

Android developer Trevor Eckhart says the software is from a California-based company called Carrier IQ. He says the application logs keystrokes, and tracks users locations even if the phone is not connected to a carrier’s network. Eckhart charges surfaced in mid-November, but the story picked up steam after he expanded his claims on Tuesday in a YouTube videothat now has over half a million views.

Carrier IQ says its software is installed on 140 million phones, but the company does not track keystrokes or users' locations. However, Eckhart's video shows him typing words into an Android phone that immediately show up in a Carrier IQ application log. Eckhart claims the software can be found on Android, Blackberry and Nokia phones. Others claim another variant of Carrier IQ software is on Apple iOS devices.

Even though Eckhart's accusations surfaced in mid-November, major phone companies are just now replying to his charges.

This afternoon AT&T, Sprint, HTC and Samsung became the first to openly say they use Carrier IQ software. AT&T and Sprint stress it is only being used to improve network performance. HTC and Samsung say they installed Carrier’s application because carriers requested it.

Other big companies are seeking to distance themselves from Carrier IQ.

Apple says it stopped supporting Carrier IQ with the iOS5 upgrade to its own software.

This morning, Nokia and Research in Motion denied Carrier IQ software is on their phones, Verizon Wireless tells GigaOM that it does not use Carrier IQ's software, Major British wireless carriers Vodafone, Orange and O2 also say they don't install the tracking software on their phones.

Check out Forbes for a look at the legal implications and PC World for a Q&A on the subject.