Mortgage Modifications Wind Down As Foreclosures Heat Up

Mortgage modifications under the government's bailout program, permanent and trials, and as well as proprietary modifications made by the big banks continue to fall and are falling at an increasing clip. 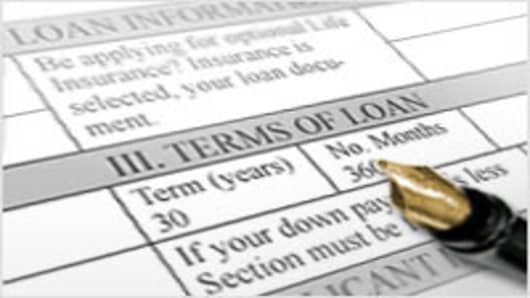 You might think it's because there are fewer troubled loans, and there are, but there are still plenty there.

It appears the drop is because so many borrowers don't qualify and because banks are instead pushing these loans to foreclosure or short sale.

And then there is the re-default rate on the modifications already completed.

Around 17 percent of permanent modifications failed under the government's program, but repeat foreclosures made up nearly 45 percent of October foreclosure starts, according to Lender Processing Services. There are still 1.8 million loans that are 90+ days overdue but not in foreclosure, according to LPS and 665,800 that are 60+ days. So there are still plenty of loans out there to be modified, even if that's down from a peak of 3 million 90+ delinquent in January of 2010.

With the delinquencies in the millions, the modifications only in the tens of thousands, and re-default rates running high, we know that the vast majority of troubled loans will go to foreclosure. Rather than relying on modification programs to clean up the foreclosure mess, government and the private sector need to focus on what to do with the growing number of foreclosed properties sitting on the books of the banks, Fannie Mae, Freddie Mac and the FHA (I know I know I keep pressing this, and trust me, I won't stop.)

With regards to a potential government program to sell off these foreclosed (REO) properties in bulk to investors, the acting director of the Federal Housing Finance Agency (FHFA), Fannie and Freddie's conservator, told Congress last week:

"We are not trying to develop a single, national program for REO disposition. We are most interested in proposals tailored to the needs and economic conditions of local communities. Based on the input of RFI responders we understand the magnitude of the task at hand. FHFA is proceeding prudently, but with a sense of urgency, to lay the groundwork for the development of good initial pilot transactions."

There is a clear lack of urgency, despite the excuse of prudence. The housing market is struggling to find its footing, but buyers appear to be testing the waters again. A commitment to cleansing the market of these already foreclosed properties quickly could be just the boost these buyers need to jump in again.