Foreign and domestic distressed debt funds expect a big supply of bad loans to come on to the market in China after at least five years in which banks largely sat on their portfolios of troubled loans. 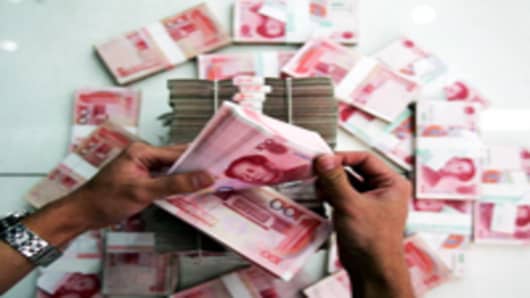 Executives at Clearwater Capital, a Hong Kong-based fund, and at Guangzhou-based Shoreline Capital say Chinese lenders must dispose of existing bad loans to prepare for a new batch of non-performing debt, stemming from the credit binge Beijing encouraged following the global financial crisis.

“Now that there is a new flow of bad loans, the banks have to dispose of their legacy loan problem,” says Ben Fanger, co-founder of Shoreline. “Deals being offered to Shoreline are at prices that are lower, on average, than in recent years. We are now having meaningful dialogues again.”

The extent to which Chinese banks deal with their problem loans provides clues to the health of the economy generally. By cleaning up their balance sheets, the Chinese banks will make room for new lending and financial experts suggest that any sign that China is dealing with bad debts in a commercial way is reassuring for future growth and the investment climate generally.

China’s big banks are under pressure to sell their non-performing loans because they face tougher reporting requirements after listing in Hong Kong. Moreover, Chinese banking regulators believe the banks are underreporting their problem loans and have urged lenders to double their capital cushions. Investors say these twin pressures mean banks now have more incentive to get bad debts off their balance sheets.

“Banks have far less discretion now than in the past,” says Mike Werner, an analyst at Sanford Bernstein in Hong Kong.

While nobody can calculate the potential supply, the way China revved up its credit machine in 2009 suggests the figure could be substantial. Morgan Stanley reckons Chinese banks lent more than $4.1 trillion in the two years from the end of 2008. Total credit estimates rise to $5.7 trillion when flows outside formal bank lending channels are included.

The credit boom came to an end earlier this year as Beijing started raising interest rates to rein in inflation and an overheated property market. However, last month it eased monetary policy slightly amid fears that economic growth was slowing and that the Chinese manufacturing sector was taking an unexpectedly big hit from a decline in foreign orders, while inflation has been on a downward trend.

Estimates vary widely on the amount of bad loans in China. While Chinese regulators in March put the figure at less than $500 billion, Fitch, the rating agency, estimates non-performing loans exceed $2 trillion. That amount can only swell as Chinese manufacturers receive fewer overseas orders because of the euro zone crisis and a weak economic recovery in the US. Mr. Werner says he is concerned about bad loans in the manufacturing sector, which have been paid less attention as the market focused on the health of property developers.

“There is about $200 billion to $300 billion in distressed debt just in the state-owned enterprises,” says Rob Petty, founder of Clearwater Capital which has allocated about 30 per cent of its funds to invest in China.

Foreign distressed asset buyers have flocked to China before. But many, including New York-based Avenue Capital, left unsatisfied, feeling that they had overpaid for the loans. Some also had problems enforcing their rights over the assets, while others relied on financial statements that were not always accurate instead of doing their own due diligence.

Meanwhile, changing regulations in the US – particularly the Volcker rule banning proprietary trading – also mean that investment arms of banks such as Goldman Sachs and Morgan Stanley are no longer active, making the competitive landscape less crowded.

But potential buyers such as Clearwater, Shoreline and Apollo Management, the New York-based private equity firm that is considering buying Chinese distressed debt for the first time, say Chinese banks have established more transparent procedures than in the past.

They say the banks are either entering into direct negotiation with interested buyers, or transferring the debt to asset management units created to deal with the previous rounds of bad loans before the banks went public.

Those firms, which the major state-owned banks including Agricultural Bank of China, Bank of China, China Construction Bank and Industrial & Commercial Bank of China set up a while ago, have not always been keen actually to dispose of the loans. Today, though, the asset management arms now have more than a hundred branches across China, making the process much easier.

Mr. Petty – whose firm did not participate in the last round of bad loan disposals because he believed prices were too high and the field too crowded – has now put almost $500 million to work in China to buy the distressed debt of individual companies, particularly property firms that have physical assets that he can take as collateral. Mr. Petty believes distressed debt in China has become more attractive because the government is protecting investors’ rights, including foreign creditors.