Is Italy Really Better Off Than Greece?

Italian Prime Minister Mario Monti’s claim that Italy's economy is stronger than Greece is supported by Italian economists and analysts, who argue that broad popular support for much-needed austerity in Italy will help it navigate the euro zone debt crisis. 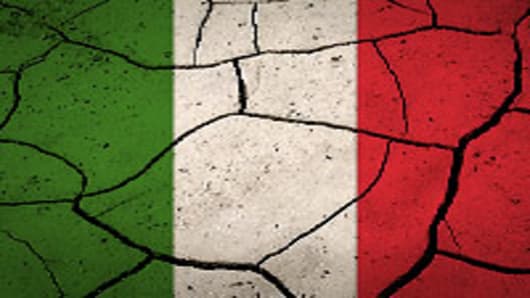 Monti told CNBC Friday that his country had a better financial position than Greece, even though it is often spoken of as one of the euro zone countries most likely to need a bailout similar to Greece’s.

One of the key differences between Italy and Greece is the level of popular support for reforms, Marco Valli, chief euro zone economist at UniCredit, told CNBC Monday.

“There is a lot of popular support for the short term pain for long term gain,” he said.

There haven’t been any violent protests of the kind seen in Greece over the weekend in Italy so far.

The Italian people are “committed” to the government’s plan, according to Paolo Federici, country head for Italy at Fidelity. This commitment may, of course, waver if the country is subject to recession.

The economy is already in recession, according to Valli. He thinks that it will return to growth in the second half of 2012 and the worst impact of austerity will be in the first half of this year.

Italian bond yields have fallen in recent months, indicating that the market has more confidence in the country’s future following the European Central Bank’s long-term refinancing operation (LTRO) in December. 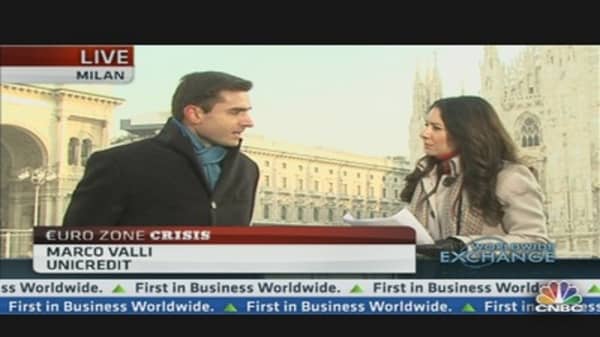 “The market realizes that Italy is going to balance the budget and bring down debt, and this is a good move. Spreads are really starting to come down, suggesting that tensions in the financial markets are moving in the right way,” said Valli.

Federici believes that the downgrade was a delayed reaction to the downgrading of Italian debt. Italian banks hold around 200 billion euros – or 12.6 percent - of their country’s bonds.

“We have well capitalized banks concerned with their traditional jobs. They have access to very cheap financing and can either give up trading or invest in nice Italian T-bills. That should help them to restore their balance sheets,” he said.

One area in which Italy and Greece are similar is the need for changes to the labor market, according to analysts.

“The track record of this government bodes well for reform of the labor market. They want to protect jobs but also workers who have lost their jobs. It’s very important to enhance the flexibility of the labor market,” said Valli.

They are also both on the lookout for more growth and may have to find it by looking outside the country.

“Foreign capital has been away from Italy for too long. Mario Monti is well aware of the importance of this in stimulating the economy,” said Federici.