Firearms Sales Ring in 2012 With a Bang

Uncertainty in a presidential election year. Warriors returning from the battlefields. The comeback of the hunter. These are just some of the reasons that gun experts and advocates cite as reasons why firearms makers are ringing in 2012 like gangbusters. 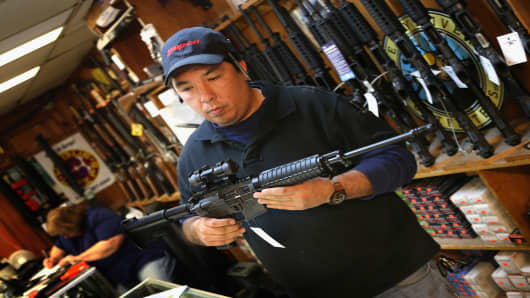 According to the FBI, more than 1.5 million instant criminal background checks were conducted in December for firearms purchases, topping November’s record.

“The firearms industry is one that hasn’t suffered in this economy,” says Larry Pratt, executive director of Gun Owners of America. “Everyone else is hurting, but not firearms.”

With another presidential election cycle under way, Pratt says 2012 could be a replay of the last election cycle. “I think the same dynamics that we saw in 2008 will come up again.”

Pratt points to the fact that gun sales increased strongly after the election of President Barack Obama in 2008, continuing throughout 2009 and into 2010. After a slight dip, sales have been picking up, notably with a record day on Black Friday, which saw the largest single day of FBI background checks.

There were 129,166 checks, up from the record 97,848 set on Black Friday 2008. The second busiest day on record was two days before this past Christmas, with 102,222 checks. The FBI checks are required by all licensed firearms dealers to ensure that a customer does not have a criminal record or isn't otherwise ineligible to make a purchase. 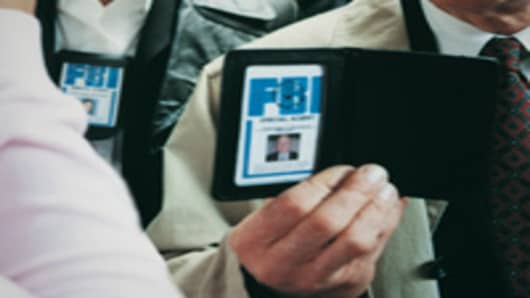 While only two gun manufacturers are publicly traded companies, both have reported strong quarterly earnings. Sturm, Ruger & Co. reported a 38 percent increase in the top line to $80.5 million, while Smith & Wesson Holding reported net sales of $92.3 million for the quarter, up 10.5 percent from a year earlier.

“The entire month of November saw an increase in sales,” says Jim Barrett, managing director of research at CL King. Several factors are driving sales, including women becoming gun owners, and an increase in the number of states that allow concealed carrying, Barrett told CNBC.com.

Despite the robust holiday sales, this is not just another surge, according to Larry Keane, senior vice president and general counsel of the National Shooting Sports Foundation. “This is a trend, and it goes back many years,” says Keane. “If you look at the data for the last 10 years, it shows that this market has been increasing consistently.”

Keane agrees that the same concerns, including economic uncertainty, drive firearms sales. The gun industry is one that could not only be considered “recession proof” but actually thrives in economic downturns. Politics, however, certainly plays a role, and while the election of Obama may have resulted in a post-election firearms sales boom in 2008 and 2009, the 2012 campaign season could kick sales into high gear again.

There is even a changing perception of firearms in the country as well, as anOctober Gallup Poll indicated, showing support for a gun ban at a record low.

“There is also a growing awareness of the legality to own a personal firearm for collecting, shooting, hunting and of course protection,” adds Keane, who stresses that the strong sales come despite marketing challenges rather than from marketing efforts. “The marketing channels in firearms are very much restricted. The networks and many cable channels, as well as many newspapers won’t even take gun ads. So those Black Friday sales were not part of some slick marketing campaign.”

More Hobbyists Say 'A Hunting We Will Go'

Moreover, whereas hunting had seen a decline for years, 2011 has seen renewed interest, driven in part by reality TV hunting programs.

“Data has shown that hunting, which has suffered for years, has seen a real uptick,” says Russ Thurman, publisher and editor of the trade magazine Shooting Industry. “More people have time on their hands to hunt again, and in some places it is even putting food on the table.”

There is also the fact that while gun owners have traditionally been older and male, those statistics are changing. Thurman says the U.S. military’s presence in Iraq and Afghanistan could be a boon to the American gun industry.

“We’re seeing an awful lot of young people, those who carried a gun to protect our freedom overseas, coming home,” says Thurman. “They carried a gun in Iraq for 16 months, and now they’re coming home and buying one.”

He adds that this could also be why more women are buying guns. “Women have been trained on the AR (M-16 assault rifle) platform in the military, and they’re seeing that owning a gun isn’t something that is really bad.”

Given that more soldiers are coming home, public opinion is weighing against gun control, uncertainty with the economy and a presidential election with no clear pro-gun candidate — the signs points to 2012 seeing more robust sales.

“I think with all those factors, it is going to be a good year to invest in a firearms company,” Pratt says.