The Federal Reserve is likely to step in with $1 trillion worth of easing that could be announced as soon as this month, according to a growing consensus of economists who see the recent uptick in economic growth as unsustainable. 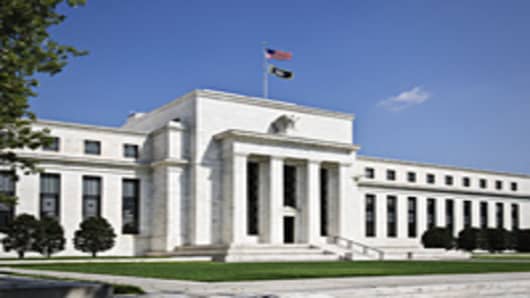 With the Fed’s Open Market Committeeset to meet next week, expectations are rising that the languishing housing market will drive the central bank to buy up mortgage-backed securities.

The goal of the purchases will be to drive down interest rates even further from current record-low levels, and, less obviously, to spur confidence that more monetary tools remain to stimulate the economy.

Of course, the announcement also could push stock prices higher, as did the Fed's last balance sheet expansion begun in November 2010.

Just a few months ago, market observers speculated that another round of quantitative easing — QE3, in this case — would be politically infeasible and probably unnecessary given hopes for better growth in 2012.

But with housingstuck in neutral and a European recession on the horizon, economists believe QE3 is all but certain.

Andrew Wilkinson, chief economic strategist at Miller Tabak, released a paper Thursday that makes the case for more easing, which he said could push stock prices higher to where the Standard & Poor’s 500 rises another 11 percent to 1450.

Among a host of supporting data points, perhaps the most interesting is that comparing the amount of equity homeowners have to disposable household income reveals a stunning fact: the ratio has fallen to 54 percent, which Wilkinson called "unprecedented" territory.

"This simple fact represents uncharted territory for the Federal Reserve," Wilkinson wrote. "Despite a recovery in growth and employment, the crippling damage inflicted by the subprime warhorse continues to play a worrisome role behind the scenes."

The Fed amplified its own concerns over this issue in a white paper Chairman Ben Bernanke recently sent to Congress, in a move criticized by some as overreaching the central bank’s authority by trying to twist the collective arm of Congress.

Bernanke’s goal was for Congress to allocate funding that would help in mortgage modifications and restore value to the market.

To follow up its request to Congress, Wilkinson expects action from the Fed, and soon.

"There seems little point in waiting to implement further easing, and to do so could confuse the message the Fed is trying to deliver at a point in time when it is trying to make its communication with the public clearer," he said.

The $1 trillion price tag — Citigroup economistsa few weeks ago also envisioned QE3 at that level — is significant in that it will send the Fed’s balance sheet to about $3.9 trillion and likely spark a war with Congress over the threat of inflation.

But the recent easing of inflation pressures, combined with dithering of Congress, sets a delicate stage for the Fed to take the political risk.

"Obama Administration officials have come to realize that the ongoing dysfunction in the mortgage market is a key impediment to sustained expansion," Vincent Reinhart, chief U.S. economist at Morgan Stanley, said in a note. 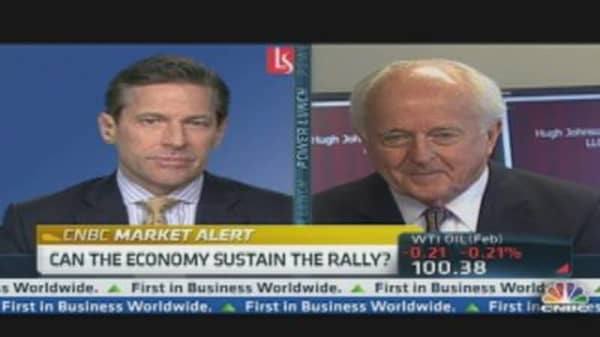 "Their problem is that there is no chance of coming to terms with the Congress to fix the mess," Reinhart added. "The result is that the administration is moving toward mortgage modification, but not decisively. Purchasing MBS is a way that the Fed can support that movement and signal the seriousness of the enterprise."

Reinhart isn’t quite as ambitious in his QE3 call — he sees the top side of up to $750 billion, implemented in March — but his view is largely the same: The economic improvements are unlikely to last and will force the Fed’s hand.

He sees GDP growth in 2012 at a below-consensus 2 percent.

"We think this deceleration in real GDP will be enough for the FOMC to declare that there are downside risks to both of its objectives by March, the precondition for QE3," he wrote. "The vigor of private demand is being sapped by unfinished business left from the incomplete clean-up of the financial crisis."

About that economic recovery: Economists at the biggest shops also are wagering 2012 GDP down to the 2 percent range — Citigroup’s Peter D’Antonia says 1.75 percent — even though the fourth quarter of 2011 could be upwards of 3 percent or better, with Deutsche Bank economist Joe LaVorgna above 4 percent.

Goldman Sachs sees growth at 2 percent in 2012 and not much improvement in 2013, with GDP gaining about 2.25 percent.

The reason for the pessimism is that the improving datamasks unsustainable fundamentals — an unusual drop in the savings rate, a jump in auto purchases due mainly to a recovery from Japan’s natural disasters last spring, and a surge in inventories.

The stock marketrebound? Likely temporary, too, according to Bank of America Merrill Lynch economist Neil Dutta, who points out that the bond market and the firm’s proprietary measure of liquidity both point to slowing conditions.

"Most markets are signaling that the recent acceleration in U.S. growth will not persist,” Dutta said. “It is hard to find an area in the financial markets that corroborates the stock market’s signal on growth."