U.S. stock index futures pointed to a lower open Tuesday as concerns about the European debt crisis continued to weigh and as investors digested a handful of mixed corporate earnings reports.

EU finance ministers rejected proposals by private bondholders over the extent of the “haircut” they were willing to acceptin order to avoid a Greek default on its debts in March.

With about $150 billion committed from member countries so far, the IMF is seeking to convince its members that putting together a strong enough fund to block off euro zone contagion is vital for the global economy.

In a busy morning for earnings, DuPont slipped even after the chemical company reported earnings that topped expectations, but revenue missed estimates.

Travelers reported earnings that were slightly below analysts' forecasts.

Fellow Dow component Verizon reported a loss due to a non-cash pension charge and high costs from strong sales of the Apple iPhone. Apple is scheduled to post earnings after-the-bell tonight. 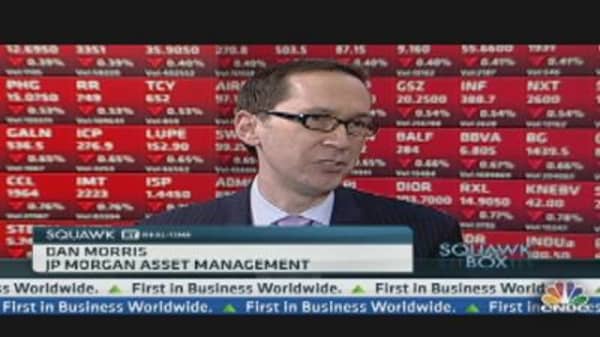 Software maker VMware also reported profits ahead of expectations and raised hopes that technology spending would grow this year.

Semiconductor company Semtech said it is planning to acquire Canada's Gennum for about $497 million.

And Starbucks the world's biggest coffee chain, plans to sell beer and wine in as many as 12 cafes in Atlanta and Southern California by the end of the year.

The Federal Reserve begins its two day monthly meeting with an announcement on interest rates due on Wednesday before a press conference with Fed chairman Ben Bernanke. And for the first time, the central bank will unveiling policymakers' interest rate projections in a move for more transparency.