How to Dodge a Carried Interest Tax Hike 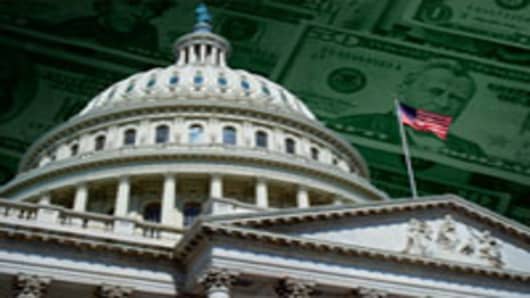 The revelation that Republican presidential hopeful Mitt Romney paid an effective tax rate of just 13.9 percent is likely to raise questions about the fairness of the tax treatment of so-called “carried interest.”

The managers of venture capitalist funds, real estate investment funds, and private equity funds typically make a portion of their income from carried interest, which is treated as a capital gain rather than ordinary income. That means this income is taxed only at a 15 percent rate.

Many have proposed changing the law to tax carried interest as ordinary income. Others say that the change would probably not accomplish much because buyout firms would simply restructure themselves to side step the tax law changes.

How can they sidestep the law so easily?

Imagine that you are running a private equity firm that will charge investors both a 2 percent management fee and receive 20 percent of the profits.

Your investor puts in $100 million under a three-year lock-up.

You buy a couple of troubled companies and then resell them. To make the math simple let’s pretend you are the best private equity investor ever and you double your money.

You take the remaining $20 million.

Both of you get taxed at the same rate—the capital gains rate.

In order to end capital gains treatment for carried interest, lawmakers would classify it as ordinary income.

So now when your fund doubles the money, you and your investor get treated very differently. Even on the exact same $100 million gain, the taxes come out differently just because of how it is divided up.

Your investor still gets to call his profit a capital gain. But your share gets taxed at the higher income tax rate.

What's important here is not how the money was made—through investing in long term assets—but in who receives it.

Step 3. So you change your compensation structure.

Obviously, you are not going to simply accept being treated differently by the law just because you were the one managing the capital rather than the one supplying it. In fact, this seems a bit unfair: it rewards those who already possess wealth and punishes those who must raise it from others.

Instead of the old carried interest structure, you create a non-recourse loan.

After a few years, you double your money again. So you have a $100 million gain, and a fund worth a total of $200 million. Your investor gets his original $80 million back plus 80 percent of the upside, which is $80 million. So he’s got a total of $160 million.

You get your original $20 million investment back plus 20 percent of the gains, which adds up to $40 million in our example.

You both pay capital gains taxes since both of you “bought” your share of the fund.

A simple shift in the structure was able to restore the capital gains treatment.

And everyone ends up with exactly the same amount of money, regardless of how its structured.

The reason it is so easy is because carried interest really is properly a capital gain. Any attempt to tax it as ordinary income will just result in fund managers converting to a structure that makes the capital gain nature of the gain even more obvious.

The attempt to tax carried interest as something other than a capital gain will almost always fail as investors and fund managers agree to structures that taxes everyone’s gain in the venture the same.