So far, the presidential election has not impacted stocks, but that could change if Mitt Romney appears unlikely to make it as the GOP nominee. 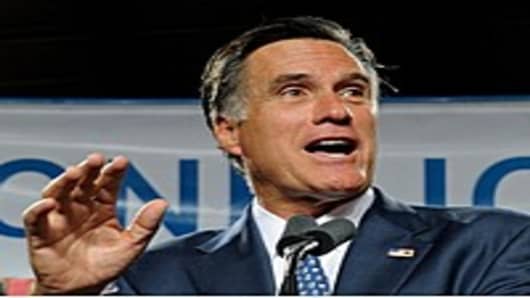 For the past two days, Romney’s vulnerability to former House Speaker Newt Gingrich has been the talk of trading rooms.

Gingrich beat Romney handily in the South Carolina primary Saturday, the second of three early contests that Romney lost. But the volatile Gingrich is not viewed as a strong candidate to beat President Obama.

“Obama’s gone from 50 percent probability to 55 percent on Intrade,” said Dan Clifton, Strategas head of policy research. “This week he just kind of exploded once Gingrich won in South Carolina. The Intrade market is saying there’s a much greater chance of President Obama being re-elected.”

Anxiety about who will challenge President Obama has grown as the president was set to give his State of the Union Address Tuesday.

Romney, the former governor of Massachusetts, is by far the preferred candidate on Wall Street, where many disagree with Obama’s policies and have been stung by what they call “class warfare.”

“I don’t think it’s fully reflected in the market yet. The market is drifting. There’s a mild degree of anxiety, and that’s really because it’s overbought. Is there a gentle longing for a smoke-filled room? Yeah. There’s some yearning for that,” said Art Cashin, UBS director of floor operations.

The S&P 500 broke its five-day winning streak Tuesday, finishing 1 point lower at 1314, but it is up 4.5 percent since the start of the year.

Analysts believe if Romney loses the Florida primary next Tuesday, he will have a hard time stopping Gingrich’s momentum. 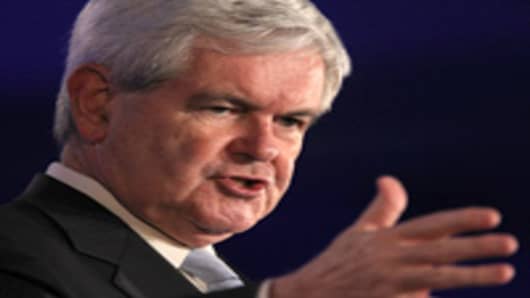 “The two risks are the Romney candidacy just starts to flounder, and he’s not the candidate, and the other is if you get this kind of malaise in the Republican party long enough, it would invite in a third party candidate, a Ross Perot type that would splinter the whole thing,” said Jack Ablin, CIO at Harris Private Bank. “Those are the two risks and I think the market is worried about those risks.”

“I would put those risks in the second half, but the longer this is really floundering, the more intense this could be,” said Ablin.

Barry Knapp, head of equities portfolio strategy at Barclays, said the market could start reacting negatively after the State of the Union, a showcase event for the Democratic platform.

He said Florida could be an important key for both the race and the market, which historically has been volatile during primary season.

“If Romney closes the gap then this race goes on until the end of March, if not longer,” said Knapp. “I think if Romney loses decisively, and it looks like it’s going to Gingrich, then my sense is that it would be a volatility increasing event.”

“My general sense is that most people would view Gingrich as a much higher beta candidate. While things might go very well for the Republicans, they could also go very wrong,” he said. Knapp said his analysis shows that after primaries, the market’s focus on elections enters a lull until the party conventions in late August.

Romney, meanwhile, released his tax returns for 2010 Tuesday, which showed he paid a 14 percent effective tax rate after giving $3 mllion to charity. Most of his $21.7 million in income was made from investments.

Romney also reported that he has a Swiss financial account that was closed in 2010 and that he made income from overseas investments. Romney has been criticized by Democrats and his GOP rivals for not releasing his tax return, but now that he has released it he will be criticized for his use of the tax code.

Clifton said while he agrees a Gingrich win next week could unsettle markets, it may be short lived.

“The establishment in the Republican party is in panic over the chance of Newt Gingrich becoming the nominee. They believe this is bigger than the presidency. There’s the idea it could take the House down and may make it harder to take the Senate," he said.

For that reason, Clifton said the party may try to field a new candidate to jump late into the primary races or to do a brokered convention, which would be very difficult. Names that have been floated are Indiana Gov. Mitch Daniels and New Jersey Gov. Chris Christie, both who have said they are not running.

Clifton said that, ultimately, Obama’s re-election may have more to do with the stock market, since his odds on the prediction market, Intrade, correlate closely to the S&P 500.