European stocks were called to open higher on Wednesday a day after the International Monetary Fund (IMF) revised its global growth forecast for 2012. 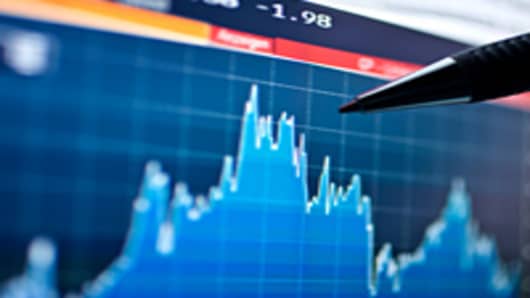 The FTSE is called 13 points higher, the DAX in Frankfurt is expected to be up by 30 points and the CAC 40 is called higher by 10 points.

In Asia overnight, shares rose and the euro held steady against the dollar but failed to reach the three week high of $1.3063 hit on Tuesday.

Better-than-expected service sector PMI data from the euro zone raised hopes that the common currency area could avoid a recession, but the IMF cut global growth forecasts and warned "this is largely because the euro area economy is now expected to go into a mild recession in 2012."

In its World Economic Outlook report, the IMF said its growth forecast for the year had been cut by 0.7 percent to 3.3 percent because "a perilous new phase" had begun for the euro zone.

In his State of the Union Address delivered on Tuesday, US President Barack Obama promised to change tax regulations so millionaires pay at least 30 percent on their annual incomes.

His comments have been widely seen as a swipe at Republican primary candidate and potential presidential rival Mitt Romney who declared earlier this week that he paid around 13 percent on an annual income of $42 million last year.

Obama added that he would get tough on US firms that move overseas and there will be incentives for them to hire in the United States. He singled out China and vowed to create a new government body to look at nations that subsidize exports to the United States.

The FT reported late on Tuesday that the IMF is turning up the pressure on the European Central Bank (ECB) to take significant write downs on its Greek debt holdings.

The ECB has around 40 billion euros ($52 billion) in Greek bondholdings and euro zone officials told the newspaper that the IMF has made it clear that the central bank must accept losses as private bondholders are expected to do.

The ECB has made it clear that it expects its bonds to be paid in full, while negotiations continue with private debt holders who are likely to incur losses of at least 50 percent on their holdings.

Italian bank UniCredit is looking to raise around $32.45 billion by issuing so-called covered bonds, the FT reported on Wednesday.

Also in the FT, British Prime Minister David Cameron wants part-nationalized Royal Bank of Scotland CEO Stephen Hester to take a bonus of no more than £1 million ($1.56 million) this year. Hester received £2 million ($3.13 million) in bonuses last year, but the newspaper cites government sources as saying the Prime Minister wants that to be halved this bonus season. A decision on the bonus Hester will receive is due to be made on Wednesday.

Bank of England governor Mervyn King lent his vociferous support to proposals to curb executive pay in speech in Brighton, England on Tuesday and expressed particular concerns over the bonus payments for heads of bailed out banks.

King warned that "the legitimacy of the market economy will inevitably be challenged if rewards go disproportionately to a small elite, especially one which has benefited from the support of taxpayers."

Germany will hold an auction of 30-year bonds at 10:30am London time on Wednesday with around 3 billion euros in long term bonds expected to be tendered.

The World Economic Forum begins in DavosSwitzerland on Wednesday with a number of the world's leading economic thinkers, business leaders and politicians attending. German Chancellor Angela Merkel will deliver the opening address and guests include US Treasury Secretary Timothy Geithner and IMF managing director, Christine Lagarde.

A preliminary estimate of fourth quarter UK GDP is due at 9:30am UK time and Lord Malloch-Brown will join CNBC from Davos to discuss the results.