Companies are repurchasing shares at levels not seen since before the financial crisis, but most buybacks don’t pay off for shareholders, says a new report from Thomson Reuters. 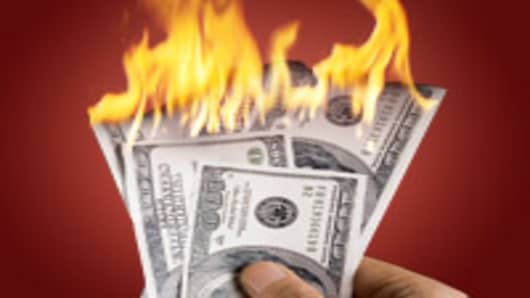 “We found that surprisingly few companies were able to repurchase shares at lower prices as well as see future price appreciation within the following 12 months,” says the report.

With cash at record levels, stock buybacks are an increasingly popular way to use free cash flow.

Investors often equate buybacks with management’s belief that the company is undervalued by the market, and purchases can significantly affect the performance of a company stock if the timing is right. But Thomson Reuters’ data shows that’s not always the case.

According to the report, out of 380 companies in the S&P 500 that repurchased shares in at least five of the quarters, 84 companies bought shares when the stock price was high, and only 60 firms were able to buy low.

The findings point to a combination of bad market timing as well as policies that increase buybacks when companies have more free cash flow.

“This may be partially explained by the need for officers of public companies to make some use of the cash on hand, including keeping less of it due to the possibility of being taken over,” says the report.

Among the companies that were able to generate value for their investors with share buybacks are: EOG Resources , St. Jude Medical , Molex , JC Penney , TXU Corp., Electronic Data Systems and Temple Inland Company .

“The general repurchase activity pattern for these companies is that they don’t necessarily repurchase shares on a regular basis. Rather, they opportunistically purchase shares when the stock price decreases,” says the report.

The top five companies that have historically bought more of their own stock at times when prices were high are: Ford Motor , Travelers , Exxon Mobil —which had its first large repurchase one quarter before its all-time stock price peak and then reduced repurchases as its stock price fell, as well as FedEx , Merrill Lynch and Exelon .