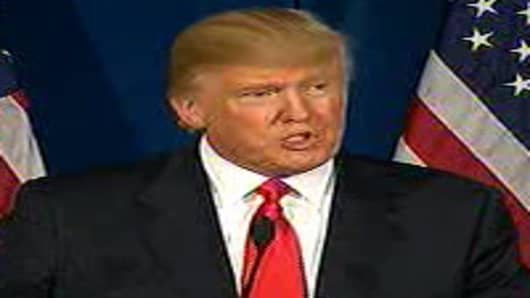 Donald Trump's decision to endorse Mitt Romney for president ultimately came down to the primary target of the real estate magnate's wrath: China.

While many had expected former House Speaker Newt Gingrich when Trump made his endorsementannouncement last week, he said Romney's views on China won the day.

In particular, Trump said he is impressed that the former Massachusetts governor would declare China a currency manipulator "if they don't change their ways very quickly."

"What they're doing with their currency is unbelievable," he said in a CNBC interview. "They are currency manipulators totally beyond anything that anybody's ever seen before and it makes it impossible or very, very hard for other countries to compete with their companies." 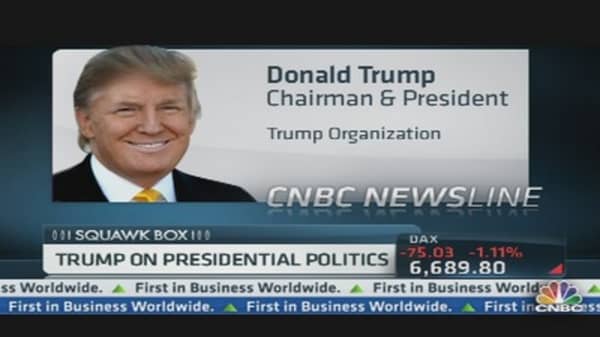 Trump gave no other reasons for not supporting Gingrich, but he did say he refused to consider Texas Rep. Ron Paulor former Pennsylvania Sen. Rick Santorum.

In particular, he scoffed at Santorum for losing his bid for a third Senate term by 19 percentage points back in 2006 and then six years later deciding to run for president.

"I failed the test and now I'm going to go to the Wharton School of finance," was how Trump described Santorum's run. "It doesn't work that way."