China's trademark system is a minefield of murky rules and opportunistic "trademark squatters" that even the world's biggest companies and their highly-paid lawyers find hard to navigate, as Apple and Facebook are the latest to find out. 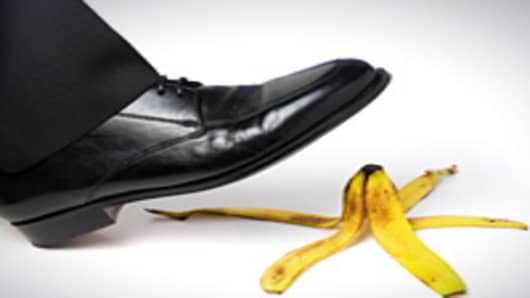 While Apple is embroiled in a legal wrangle over the right to its "iPad" brand, Facebook has to contend with a slew of applications for more 60 variations of its name as it weighs up whether to enter the China market.

New Jersey native Walters launched his OSPOP sneakers, based on a shoe design popular with Chinese workmen, in 2007.

After generating a buzz in international and local media he decided to enter the world's fastest-growing consumer market in 2010 — to find pirated copies his product already in the market and four Chinese companies tussling over his trademark.

"These are people who are out there snatching up intellectual property (IP) with no related interest, strictly from the standpoint of owning IP as an investment," Walters said, adding that the lack of a trademark has hampered business.

Lawyers said trademark squatting was a problem in China, aided by agencies who register hundreds of trademarks in the hope of turning a profit.

Chinese intellectual property consultancy East IP says it has found myriad variations on the "Facebook" name, in English and Chinese, since being hired by the U.S. social networking phenomenon to handle its trademark issues in China.

"We found out that many of the trademark names in Chinese have already been registered," an executive from East IP said. "We are gathering evidence now and we hope we'll get the trademark rights to the Facebook brand."

Facebook, which is preparing for a $5 billion initial public offering, said recently it was contemplating re-entering China, after being blocked nearly three years ago.

"You can criticize them for being unethical, but it's not illegal," Wong said.

Walters said a food company in Guangzhou demanded 1 million yuan ($158,700) in return for the OSPOP trademark. The 36-year-old, who is now based in Shanghai, declined the offer.

"I'm an entrepreneur through and through, just struggling with limited resources. And taking on this market with its zillion IP questions is really challenging," he said.

Legal experts say the onus is on companies looking to do business in China to understand how China's trademark law works, as it differs greatly from that of the United States.

China uses a "first to file" system when it comes to trademarks, meaning that the party who files for registration first gets the trademark, while the United States uses a "first to use" system, meaning a party filing for a trademark has to show that it's either used the mark in business or intends to use the mark in the future for business.

This crucial difference can make life in China hard for even the biggest foreign companies. Drug company Pfizer , for example, fought a long battle in Chinese courts over the Chinese name of Viagra, which was first registered by a Chinese company. Pfizer eventually lost the suit.

China ranks near the top in the world "league table" of trademark registrations, with the figure rising more than 40 percent to 1.2 million in 2010 after doubling to 838,000 in 2009, lawyers said.

Apple's current trademark woes with Proview Technology (Shenzhen) do not stem from a "first to file" or "first to use" issue. Rather, it could be due to poor due diligence, legal experts said.

Apple says it bought the worldwide rights to the name iPad from Proview International's Taiwan unit, but a court in the southern Chinese city of Shenzhen ruled that Proview Technology (Shenzhen) actually owned the trademark.

The issue has become a huge headache for Apple in a key market.

"When you are buying something from someone, make sure they own it, if not you could be buying the Brooklyn Bridge," said Dan Harris, a lawyer with Harris & Moure and co-author of China Law Blog.