Stephen Schwarzman, the Blackstone chief executive, took home $213.5 million in pay and dividends in 2011, a third more than the year before and topping the scale for a select group of the founders of listed private equity companies. 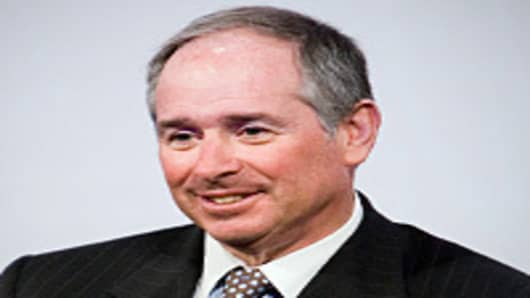 The riches for a high profile fundraiser for Mitt Romney, the frontrunner for the Republican presidential nominationwho made his own fortune as head of Bain Capital, comes in an election year where private equity has been pushed to the center of a debate about income inequality and how executives benefit from the tax code.

The 65-year-old Mr. Schwarzman received $74 million in cash distributions from investment funds started before Blackstone’s 2007 New York listing and $134.5 million in dividends from his 21 percent stake in the company, according to regulatory filings.

He was also paid a $350,000 base salary and received $4.6 million from the firm’s share of investor profits, known as carried interest. So-called carried interest is usually taxed as a capital gain, which is levied at a 15 percent rate, rather than the 35 percent paid on ordinary income.

In his 2013 budget released this month, Barack Obama, the US president, proposed to “eliminate the carried interest loophole for hedge fundmanagers and other similar investment service providers”, a move that would raise $13.4 billion, the administration estimates.

Previous attempts to change the treatment of carried interest and so increase the amount of tax paid by partners of financial firms have failed, including a 2010 proposal that Mr Schwarzman compared to Hitler’s invasion of Poland in 1939. He later apologised for the analogy, made privately.

The billionaire was ranked as the 66th richest Americanby Forbes magazine last year, with a fortune estimated to approach $5 billion. In September, he told CNBC that he paid a 36 percent federal tax rate, and a 17 percent rate on his state and local income in 2010.

His income from Blackstone for 2011 was higher than the $113 million taken home by the three founders of Carlyle Group, which is set to list on Nasdaq this year, and the $94 million that Henry Kravis and George Roberts, co-founders of KKR received.

However, it pales in comparison to the almost $400 million that Mr. Schwarzman received in 2006 before the alternative asset manager listed in New York. The 2007 listing marked the high point in the private equity boom: shares in Blackstone hit a peak of $35 per shareholder unit shortly after the initial public offering before falling to below $5 during the financial crisis.