Venture capitalist Marc Andreessen's firm is an investor in Pinterest. 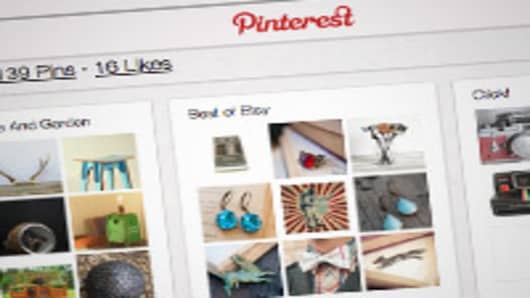 Fine art photographer Carl Christensen, 47, had to be nudged by his wife to use social media to increase his sales. He joined Facebook reluctantly. He blogged uneasily.

“I really approached it kicking and screaming,’’ said Christensen, who operates his own gallery, Integrity Studio, in New Hope, Pa. “I found no intrinsic value in talking constantly and inanely about myself.’’

But recently, Christensen found a social media site that not only suits his nature, but also boosts his revenues. He credits the fast-growing site Pinterest for amplifying his online sales to 50 percent of his current business. On the site, he can let his art speak for itself.

Pinterest invites visitors to set up their own “pinboards’’ and tack up photos they like in categories they invent — from vintage motorcycles to meat loaf recipes. The Palo Alto, Calif., firm makes it easy even for the computer-shy to capture photos from Web magazine layouts, retailers’ websites, blogs, or their own computer files. Each image added to a pinboard is called a “pin." After Christensen started pinning his own photos last year, other users snapped them up for their own boards on Pinterest. 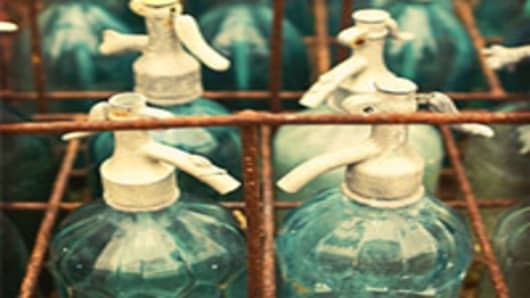 The site’s meteoric recent growth has marketing experts buzzing and companies of all sizes leaping in. Pinterest received more than 103 million total visits in February, according to Experian Hitwise. As of last week, according to Hitwise, it was the third most popular social networking site behind Facebook and Twitter in the U.S., with users spending an average of 16 minutes per visit on the site.

Marc Andreessen, a co-founder of early Web browser Netscape whose venture capital firm Andreessen Horowitz, has invested in Pinterest, told CNBC's Squawk Box, "It’s on fire, it's doing phenomenonally well. It’s one of these companies with about 20 people building a service that now tens of millions of people are using."

Pinterest allows members to comment on each other’s picks and follow their friends’ pinboards. Users might assemble ideas for their home renovation plans on one board, and showcase their favorite books or charities on others. They can “re-pin’’ pictures they like from other people’s boards. The result is an electronic word-of-mouth network that can lead to snowballing attention for a workout regimen, barbecue techniques, or a manufacturer’s product.

Chobani, the Greek yogurt maker based in Norwich N.Y,, found that bloggers were using Pinterest to feature dishes using its product, said digital communications manager Emily Schildt. So Chobani jumped in, creating its own pinboards for “Chobaniacs’’ to enhance its engagement with customers. “Pinterest is huge in terms of referral traffic,’’ Schildt said.

Pinterest offers its own hints for brands that want some bounce from the site: Repinning the picks of other users is one of the best ways to build a network of followers, it suggests on its site. Also, Pinterest suggests businesses spotlight "aspects of your brand that may not come to mind at first,'' such as work with charitable foundations. And make use of the interplay between Pinterest and other social media sites, the Palo Alto company advises.

Pinterest cites the Travel Channel's tactic: It asked its Facebook users what pinboards it should create. Bergdorf Goodman's strategy also earned a mention from Pinterest. The department store asked Facebook followers to complete the sentence "In the morning I never forget..." and then displayed the responses on a company pinboard.''

For Christensen’s small business, Integrity Studio, Pinterest has become an electronic display window that leads directly to sales. It funnels customers to his online shop on another site, Etsy.com, where they can buy his photographs. Etsy, a popular vendors’ marketplace for craftworkers and visual artists, recently added Pinterest’s “Pin It’’ button next to each item on sale. Customers press the button to add an item to their pinboards. Even if they don’t buy it, the artist benefits from greater exposure on Pinterest.

But they need to invest time in Pinterest to reap the rewards, Hennessey said. Small marketers must generate interest in their work by participating in Pinterest communities, rather than simply promoting their products. For example, business owners can create pinboards highlighting the ideas of others whose taste they share. A custom cabinetry maker could exhibit the best projects from top woodworking magazines.

Retailers should follow other people and invite customers to post their own images on company pinboards, Hennessey said. “People will see your engagement and start to follow you.’‘

Online retailers should also take advantage of Pinterest features not frequently used by casual visitors, Hennessey said. For example, consumers often add little or no text to photos they pin. But businesses can add brand names and descriptions, with key words that move their images to the top of Pinterest search results, he said.

Businesses can also make sure that a Pinterest user who clicks on their photos will be taken directly to the site where they originated, such as the company website or online shop. Pinterest allows such web addresses to be added, Hennessey said. If no information is entered, Pinterest will only display the site from which a photo was pinned or repinned — but this could be a blogger’s site. This is called a “dead link’’ if it doesn’t help visitors find a product’s maker, for example, or the recipe for a dish that’s pictured.

Carl Christensen labels his photos, and tracks the Pinterest response to each one. Based on that, he decides which images to display in the front window of his gallery, and which to enlarge into the mural-sized prints he sells there for more than $3,000. His wife Ina Christensen, who encouraged him to use social media, runs her own jewelry business using Etsy and Pinterest. When they added Pinterest to the mix, their online sales rose from 30 percent to 50 percent of their revenues, Christensen said.

Swapping images and ideas with Pinterest followers is a comfortable fit for Christensen, who said he always chats up visitors to his gallery about their work and other experiences. On Pinterest, he can build similar bonds with visitors, their friends, and their friends’ friends, he said.