The chairman of a company locked in a court battle with Facebook alleged Monday that as a young Harvard student Facebook founder Mark Zuckerberg stole software technology that later formed the basis of the social networking behemoth’s platform. 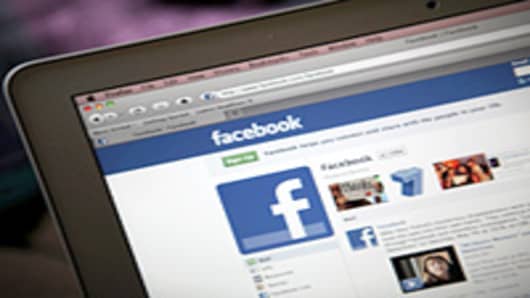 Michael McKibben, founder of Ohio-based Leader Technologies, said that his son attended Harvard at the same time Zuckerberg was a student there. He alleges that Zuckerberg got access to a white paper dealing with certain technological advances that McKibben emailed to his son. “I believe when Zuckerberg hacked into servers at Harvard, he got a copy of the white paper,” McKibben told CNBC.

“Facebook stole our invention, and we’d like it back,” said McKibben. “As far as I’m concerned, our investors, who’ve been with us for a long time, deserve a payday.”

That payday could be significant – if the patent case is successful, millions of dollars in Facebook’s revenue could be at stake. Facebook has already settled the most famous case alleging Zuckerberg stole someone else’s idea: paying his fellow Harvard students Cameron and Tyler Winklevoss a reported $65 million in cash and stock. That prolonged fight was famously portrayed in the movie “The Social Network.”

Monday’s courtroom battle is much lower profile, but no less intense. A Facebook spokesman called McKibben’s hacking allegation “false and ridiculous” and noted that it is not at issue in the ongoing court battle between McKibben’s company and Facebook.

The “on-sale” provision of patent law holds that a product cannot be patented if it is offered for sale more than a year before a patent application is filed.

Facebook declined to comment on the case itself. But in court, Facebook’s attorney Thomas G. Hungar argued that Leader Technologies had in fact offered to sell its technology ahead of the patent application, citing a December, 2002 email from McKibben detailing sales efforts.

Leader’s attorney Daryl Joseffer, however, suggested that the patented technology was something that Leader Technologies had been working on “for a while,” and that software offered for sale at earlier dates was not the same version as the patented product under dispute.

Both attorneys faced probing questions and repeated interruptions from the three-judge panel hearing the case. At one point, Judge Kimberly Moore told Joseffer, “you talk so fast … please slow down.” At another point, after Hungar said that Facebook had never seen a “pristine copy” of Leader’s software code, Moore interrupted to ask, “What does that mean, ‘pristine?’ Did it have a coffee stain on it?”

The judges have no set time frame for handing down a decision, said officials at the clerk’s office for the United States Court of Appeals for the Federal Circuit.

But after the hearing, McKibben said he was “encouraged” by the judges’ persistence on Monday. “They really focused on the law, and we’ve always said that the law is on our side.”