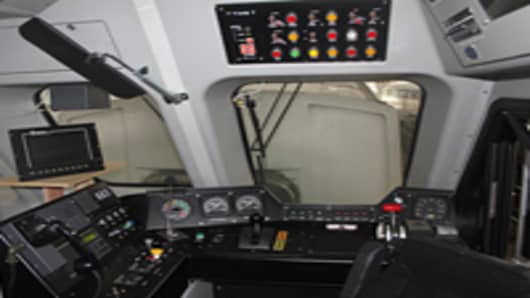 Plans for a nationwide, state-of-the-art digital railroad safety system, inspired by a fatal crashin 2008, are meeting with resistance, due to a fierce debate over its effectiveness and business benefits.

Collision avoidance systems, known as positive train control, or PTC, have been on the drawing board for at least 30 years, but garnered new support in September 2008, when a Metrolink commuter train collided head-on with a Union Pacific freight train in the Chatsworth district of Los Angeles, killing 25 people and injuring at least 130 others.

Ever since then, the regional commuter line Metrolink — under pressure from state lawmakers and riders — along with freight rail companies Union Pacificand Burlington Northern Santa Fe Railway — have expedited plans to install a cutting-edge PTC system, committing $210 million to the project and promising full compliance to a post-Chatsworth federal law by mid-2013

The systems are intended to nearly eliminate human error — the main cause of most serious train crashes — through a combination of GPS technology, wireless radio and computers, replacing traditional safety methods based on mechanical signals.

“PTC offers a paradigm shift,” says Steven Ditmeyer, an adjunct professor in railway management at Michigan State University and a former research and development administrator at the Federal Railway Administration. “The railroads have traditionally handed over PTC to their signaling departments, but doing so raises costs and ties the railroads to an old paradigm.”

Some passenger railroads, backed by the Association of American Railroads and the American Public Transportation Association, say they can't afford the new PTC systems, which will also require the hiring of highly trained employees to install and maintain the new technology.

A bipartisan group in Congress has recommended a five-year delay in the deadline for implementation. The Republican-drafted legislation would also permit railroads to install simpler, more affordable safety solutions. 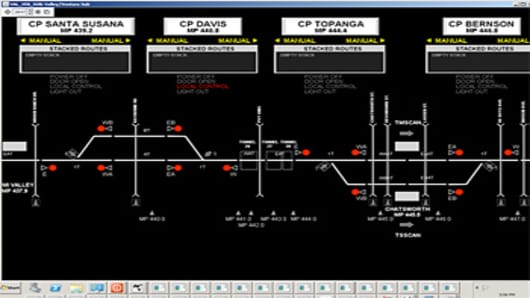 Metrolink and its partners have chosen to build an overlay system, which integrates with existing safety and signaling equipment, making it more expensive than a stand-alone system, which eliminates the need to retrofit existing equipment.

While affordability may be a legitimate concern, studies suggest there are substantial long-term business benefits to installing such safety systems.

A report prepared by Michigan State’s Ditmeyer in 2010 says that PTC “will also assist railways in measuring and managing costs and in improving energy efficiency.”

“We’re out in front developing this,” says John Fenton, Metrolink’s chief executive. “We’ll be one of the first rail lines in the country to have it, and it’s something we need in this region since we work with both freight and passenger trains on the same tracks.”

Getting such a system up and running under a tight deadline requires managing multiple technology vendors simultaneously.

Metrolink hired Parsons Corp. to coordinate and integrate the process. Among the technology firms involved are Meteorcommfor the radio designs; Wabtecfor the locomotive hardware and software, as well as signal and back-office engineering; and ARINCfor the management control system.

Meteorcomm, which is jointly owned by the largest freight operators, is responsible for the most innovative component of the Metrolink system, a series of wireless routers that will transmit real-time information about train locations from Metrolink’s on-board train computers to the wayside signals and control-room dispatchers. 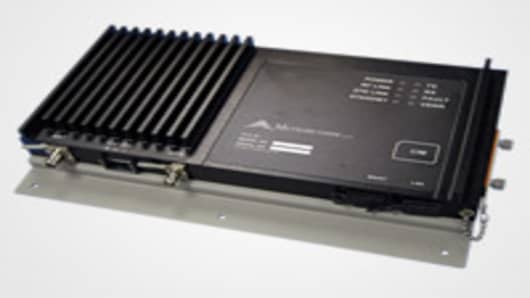 The idea is to market a Metrolink-style system to other rail lines both in the U.S. and internationally once it is operating in California.

Metrolink is building its system with interoperability as a top priority by, for example, using the 220 mhz frequency band — popular among freight lines —for radio communications.

Industry-wide adoption of PTC will allow regional railroads to choose their own technology and tools while permitting all rail lines to communicate with each other. One potential hurdle is the lack of sufficient 220 mhz bandwidth to accommodate all of the railroads.

Another issue may be potential the limitations of the technology itself.

Meteorcomm’s president, Robert Turnbull, emphasizes that his company’s radio units for the Metrolink project won’t be “safety critical,” meaning the trains won’t rely on its transmitters to stop trains on a collision course.

That's because digital wireless signals can be disrupted. They are less reliable than the layers of mechanical failsafe measures the railroads have developed over decades, Turnbull says.

Such an acknowledgement appears to undercut the Metrolink project’s whiz-bang factor, but Turnbull disagrees.

“You don’t want to take too many risks at one time,” when people’s lives are at stake, he says. “I think the benefits we offer are incremental.”

Metrolink’s Fenton is confident that the benefits of the new collision system will far outweigh any lingering concerns, since fatal crashes are constant worry in an industry that racks up hundreds of red-signal violations every year.

“Once we have that system in place" he says, "a lot of the day-to-day pressures go away.”