Was 'Post-Keynesian' Hyman Minsky an Austrian in Disguise?

While Hyman Minsky and Friedrich Hayek are often thought to be polar extremes of economic thought. 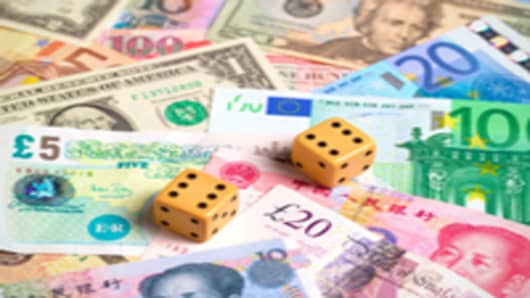 Minsky was one of the most prominent members of the post-Keynesian school of economists and an advocate of government intervention to stabilize what he regarded as an inherently unstable capitalist system.

Hayek, of course, is probably the best known advocate of free markets and an extoller of the Austrian-school approach to economics. Tyler Cowen once described Austrian business cycle theory as the claim that “government distorted price signals to the market.”

But Minsky and Hayek aren’t really as far apart as most people think.

The writings of both Minsky and Hayek put banking in the center of economic analysis. Both economists argue that modern banking creates economic instability. The phrase used by both Minsky and Hayek is that this instability is “endogenous” to the system, meaning it is internally generated by the structure of the economy, rather than needing some kind outside force to shove it into crisis.

Let’s start with Hayek, since that’s where the confusion usually begins. Hayek is indeed an advocate of allowing market forces to direct an economy. But he did not hold the view sometimes attributed to him that modern capitalism was inherently stable.

In a series of lectures published in 1933 under the title “Monetary Theory and the Trade Cycle,” Hayek argued some of his fellow Austrian economists were doing themselves a disservice by focusing too tightly on central banks as a source of inflation. The Austrian theory of business cycles was not simply the story of economies going haywire because of central bankers artificially lowering the interest rate.

The process of boom and bust described by the Austrian business cycle theory “must always recur under the existing credit organization,” Hayek argued. He goes on to say “it thus represents a tendency inherent in the economic system, and is in the fullest sense of the word an endogenous theory.”

Hayek goes on to describe how the forces of capitalistic competition between bankers could lead to inflationary expansion. When demand for loans increases because views of economic prospects brighten, banks make more loans. They make these loans out of thin air—there’s no waiting around for new savers to show up with deposits for the banks to lend out. Despite the increased demand, bankers do not raise interest rates—the price to borrow money—because they face competitive pressure from other banks and, crucially, because the supply of loans to healthy borrowers is nearly unlimited.

Here are some excerpts I’ve stitched together to give you a quick view of Hayek’s argument.

It is best to begin our investigation by considering once again the situation of a single bank, and asking how the manager will react when the credit requirements of the customers increase in consequence of an all-around improvement in the business situation... Among the factors that determine the volume of loans granted by the bank, only one has changed; whereas previously, at the same rate of interest and with the same security, no new borrowers came forward, now, under the same conditions of borrowing, more loans can be placed. On the other hand, the cash holdings of the bank remain unchanged…

…While expansion by a single bank will soon confront it with a clearinghouse deficit of practically the same magnitude as the original new credit, a general expansion carried on at about the same rate by all banks will give rise to clearing-house claims which, although larger, mainly compensate one another and so induce only a relatively unimportant cash drain. If a bank does not at first keep pace with the expansion it will, sooner or later, be induced to do so, since it will continue to receive cash at the clearing house as long as it does not adjust itself to the new standard of liquidity.

…By creating additional credit in response to an increased demand, and thus opening up new possibilities of improving and extending production, the banks ensure that impulses towards expansion of the productive apparatus shall not be so immediately and insuperably balked by a rise of interest rates as they would be if progress were limited by the slow increase in the flow of savings. But this same policy stultifies the automatic mechanism of adjustment that keeps the various parts of the system in equilibrium and makes possible disproportionate developments that must, sooner or later, bring about a reaction.

This, in short, is a theory about banking as an endogenous destabilizer of the economy.

“In a world with capitalist finance it is simply not true that the pursuit by each unit of its own self-interest will lead an economy to equilibrium. The self-interest of banks, levered investors, and investment producers can lead the economy to inflationary expansion and unemployment creating contractions,” Hayek wrote...or did he?

Except that last quote isn’t Hayek. It’s Minsky sounding very much like Hayek.

We're on Google Plus too! Click here and add NetNet to your circles. And here is John's Google+ page.