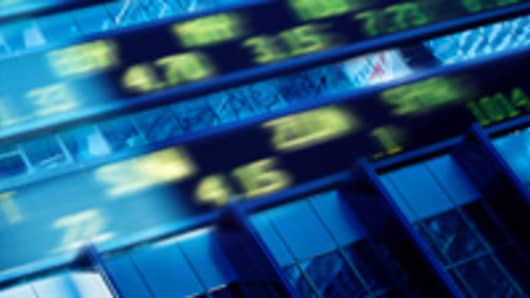 This week's market action serves as a vivid reminder of how dependent valuations are on central bank policies, and especially the aggressive provision of liquidity by the Federal Reserve and the European Central Bank . The question for markets thus boils down to whether central banks will do more; and the issues these institutions face are extremely and increasingly complex.

The global sell-off started on Tuesday with the release of the minutesof the most recent FOMC meeting. They were read by many as signaling less eagerness on the part of the Fed to embark on yet another round of liquidity injections ("QE3 "). Virtually every asset class promptly slumped, including bonds, commodities and equities — a reflection of how liquidity, rather than fundamentals, partly underpins recent market strength.

The sell-off in risk assets accelerated on Wednesday as the European Central Bank also cautioned about expectations of yet more unusual policy activism on that side of the Atlantic. The disappointing Spanish government bond auction was also a problem, coming at a time of mounting market concern about the country's outlook.

This time around, however, German and U.S. government bonds decoupled reflecting the "flight to quality" trade — out of risk assets and into what are regarded as safe heavens.

Against this background, it is natural that investor conversations center on whether central banks will renew their liquidity injection programs if markets continue to sell off. Some believe that the institutions have no choice but to do so. Others are less sure.

This uncertainty is not surprising. The analysis conducted here at PIMCO, including research for next week's presentation of the Homer Jones Memorial Lecture at the St. Louis Federal Reserve, confirms that central banks face extremely complicated policy challenges:

They are dealing with what Chairman Bernanke correctly called an "unusually uncertain outlook." They are forced to use blunt tools. They receive very little support from other government agencies. And their repeated interventions inevitably distort price signals, alter market functioning, and disrupt liquidity.

In sum, the critical trade-off in policymaking — between benefits, costs and risks — is becoming less attractive for central banks. Thus, recent signals of their hesitancy to do more, especially in light of improving economic data.

When push comes to shove, however, we suspect that central banks may ultimately resort yet again to their printing presses, especially if meaningful economic and financial weaknesses reappear. Remember, this is not about what central banks SHOULD do; rather, it concerns what they are LIKELY to do. And in being forced to inject liquidity into the global system, central banks would be driven not by positive motivations but, rather, negative ones.

In their hearts, central banks know that their policies cannot by themselves deliver the desired economic outcomes; and they are increasingly aware of the collateral damage associated with their unusual policy activism, as well as the unintended consequences. But they also feel that, for many reasons, they cannot be seen to stand on the sideline while politicians bicker, other agencies dither, and the economy stumbles.

The markets' obsession with central bank policies will not go away any time soon. Moreover, it will evolve over time to also include the question that holds the key to sustaining over time the bull market: whether central banks will be able to hand off the policy challenge — either to a robust economy or to other institutions that have better tools yet, for a host of reasons, have preferred to remain on the sidelines until now?

Dr. Mohamed El-Erian is CEO and Co-CIO of PIMCO, the global investment manager.