Cheap Eats at Warehouse Stores Keep Them Coming Back

Even when Marian Pulliam is in Hawaii, away from her Northern California home, she doesn't have to miss one of her favorite meals: pizza and a swirled vanilla and chocolate yogurt from Costco Wholesale. 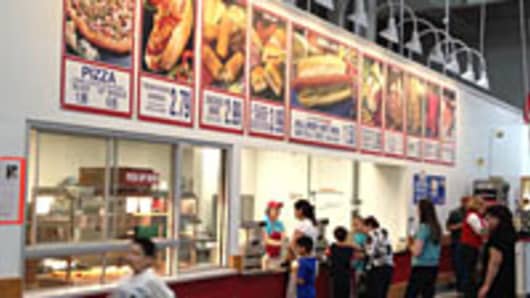 Plus, in Hawaii, the Costco food court is outside, and one of the island's hot spots for cheap eats.

"I love it," said Pulliam, who is 75 and retired. "It's better than most pizza places and it's cheap. It's just really good."

McDonald's and other fast-food chains have some stiff competition when it comes to drawing hungry, budget-conscious people on the go. Big box destinations such as Costco, Ikea, and Home Depot are making it easy for customers not just to pick up a new couch, but also grab a bite to eat in the process. Shoppers navigating the crowded parking lot and enormous warehouse, after all, can work up an appetite.

Costco operates a food court at all but six of its 592 warehouses around the globe. They're generally located just outside the checkout lines and before the exit from the store. In keeping with the warehouse store’s no frills décor, the seating area has picnic tables.

"You don't need to go through a drive-thru," said Michelle Bates, an 18-year-old college student, who was enjoying a slice of pizza and a berry smoothie at the Costco in Danville, Calif. "You just pay at the checkout, and grab and go on the way out."

Besides the simple convenience of the meal, the price also can't be beat. Costco members can chow down on a quarter-pound hot dog and guzzle a 20-oz. fountain soda with free refills for just $1.50 — the same price since it first appeared on the menu in 1985. For $1.99, they have their choice of cheese, pepperoni, or a combination pizza slice. The ever-popular chicken bake costs $2.99, and a hot turkey and provolone sandwich or a chicken Caesar salad is $3.99.

Jessica Strange was having lunch with her almost 2-year-old and 4-year-old boys at Costco in Danville. Eating at Costco or Ikea is a treat for the family, she said. Her children look forward to the trip, and the hot dog or pizza at the end.

"They're always happy to come," she said.

Bob Collins, Costco’s director of operations for the food court and bakery, said that the company expects to sell more than 300 million hot dogs, pizzas, and other items at its food courts this year. Despite the low prices, it sees a “modest profit” from its food court sales.

Costco’s food court has such a dedicated following that bloggers have waxed poetic about it online, fans have reviewed their experiences on Yelp, and foodies have posted photos on Foodspotting. 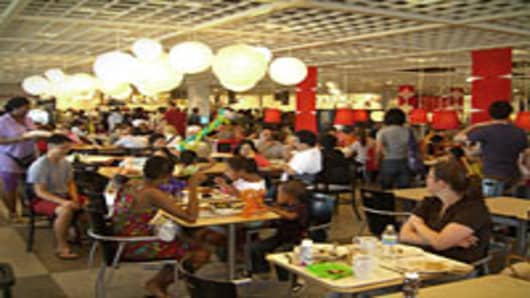 Photo: Nightscream
The cafeteria of the Ikea store in Red Hook, Brooklyn, NY.

Ikea's restaurant draws a similar reaction, with the added distinction of its European flavors. The Swedish home and furniture retailer offers Swedish meatballs and smoked salmon at its cafeteria, as well as hot dogs and frozen yogurt at its to-go food counter at the exit.

“You cut the meatball in half and dip it in the lingonberry jam and gravy,” said Nancy Flynn, a mom in Berkeley, Calif. ”It’s a savory, sweet, creamy combination.”

When her mother visits from Manhattan, they make an effort to have lunch there, since her mom doesn’t often get to the housewares store (the closest Ikea to Manhattan is across the Hudson River in New Jersey.)

“When she comes to town and we have errands to run, she’ll ask, ‘Is it near Ikea? Can we go to Ikea for lunch?’ ” Flynn said.

As anyone who has ever shopped at an Ikea knows, shoppers are subtly forced along a serpentine route through the store, carefully laid out so you won’t miss a thing. That includes the cafeteria. Furnished, of course, with Ikea tables and chairs, the cafeteria is located at a point in the store halfway point of the store. The one in Emeryville, Calif. has an airy, open feel, with floor-to-ceiling windows looking out at the San Francisco Bay — that is, if you look beyond the freeway. 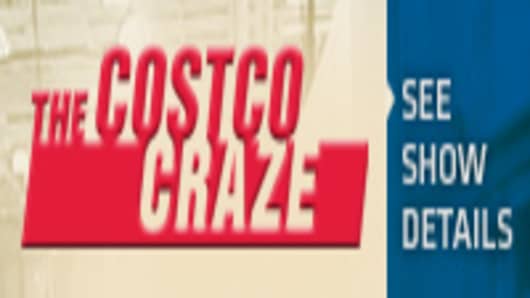 “It's like a cross between a restaurant and cafeteria,” said Alfredo Botello, co-owner of two bars in Oakland. “I can imagine meeting a friend here.”

At another table, Russ Lee, a tax and recruiting consultant in Oakland, said he timed his trip to Ikea so that he could have lunch there. “It’s convenient multi-tasking,” he said. “I can get light fixtures and eat lunch, too.”