Fears Rise That Recovery May Falter in the Spring

Some of the same spoilers that interrupted the recovery in 2010 and 2011 have emerged again, raising fears that the winter’s economic strength might dissipate in the spring. 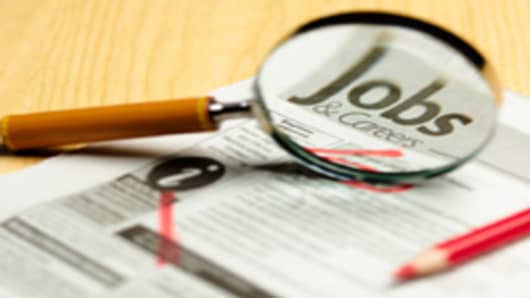 There is a “light recovery blowing in a spring wind” with “dark clouds on the horizon,” Christine Lagarde, managing director of the International Monetary Fund , said Thursday, at the start of meetings here that will focus on Europe’s troubles and global growth. Ms. Lagarde implored world leaders not to become complacent.

Forecasters have said that the trends point to a moderation of economic growth in the United States, but they still expect the recovery to continue this year. The slowdown in part reflects an unusually warm winter, which pulled forward economic activity, making January and February seem artificially good and perhaps making recent weeks look worse than they truly were.

Still, the breadth of the recent weakening of activity shows that the economy remains fragile, as is typical in the years following a financial crisis.

The Standard & Poor’s 500-stock indexhad been generally rising from last summer through March, but has fallen more than 3 percent since early April. Initial jobless claims had been on a long, slow fall since 2011, but have jumped about 6 percent in the last three weeks, according to a Labor Department report released Thursday.

Persistent economic worries — about both a potential slowdown in the near term and almost certain sluggish growth in the long term — have formed the backdrop for the annual spring meetings of the monetary fund and the World Bank. Finance ministers and central bankers are convening in Washington to discuss how to lift growth and reduce unemployment.

The fund this week upgraded its estimate of global growth in 2012 and 2013 from estimates made in January, but did so with major caveats. “An uneasy calm remains,” said Olivier Blanchard, the International Monetary Fund’s chief economist. “One has the feeling that any moment, things could well get very bad again.”

Europe remains the central concern. In a report released this week, the fund’s economists said that financial institutions in the European Union would shrink their balance sheets by up to $2.6 trillion by the end of next year, reducing the availability of credit for businesses and households by as much as 1.6 percent.

Private analysts have also warned of weakness in Europe, despite the European Central Bank’s effort to quiet markets by providing financial firms with unlimited low-cost, short-term loans — a policy credited with pulling down bond yields this winter.

Policy makers in Washington also have domestic worries. Speaking on Wednesday at the Brookings Institution, Treasury SecretaryTimothy F. Geithnernoted that the recovery had been slow and cautioned that headwinds remained.

Europe and the United States together account for about a third of global trade flows, and their financial systems are inextricably linked. For that reason, Mr. Geithner has urged European leaders to keep up efforts to bring down bond yields and bolster growth.

“It’s very important to get that balance right” between growth and austerity, he said. “You’re undermining the prospects for some stability in growth” by cutting too fast, he added.

But some domestic indicators have weakened in recent weeks as well.

First, there are signs that the sharp decline in the unemployment rate — which fell to 8.2 percent in March from 8.9 percent in October — might be over, with economic growth not robust enough for employers to continue adding jobs so rapidly.

In March, employers added just 120,000 new jobs, the fewest since November. The recent rise in new jobless claims has raised worries that the April report will also be disappointing, although some forecasters say the jobless-claims statistics have been affected by the timing of Easter.

In addition, oil prices remain stubbornly high, though they have dropped in recent days. Nationwide, gas prices are about $3.90 a gallon, up from $3.85 a month ago and $3.84 a year ago. That has cut into household’s budgets and hit consumer sentiment, which had been rising. Falling industrial production and home sales also point to a spring slowdown, as occurred in 2010 and 2011 as well.

Economists are divided over the import of the recent slowdown, with many saying it is more likely to seem like a blip than a major change.

“After a few months of good data, people got more aggressive with their expectations,” said Ian Shepherdson of High Frequency Economics. “The data are having a brief pause, or a consolidation. The consensus forecast had gotten stronger, so it’s easy to overshoot.”

Moreover, recent signals have been mixed. Retail and auto sales, for instance, have posted significant gains. And oil prices have moderated, partly as a result of an effort by the White House and its international partners to talk prices down and bring new sources of oil on line, with major exporters increasing production.

Nevertheless, the United States is forecast to grow at a relatively sluggish pace of about 2.5 percent this year. And the global economic picture remains characterized by anemic growth and high unemployment .

The leadership of the monetary fund and the World Bank will underscore these problems at the meetings in Washington. Officials plan to warn low-income countries not to depend on investment from debt-soaked advanced economies, and caution that aid and remittances may fall this year. They will also urge cash-rich middle-income countries, like China, to ensure a soft landing if their economies cool off.

Most of all, officials will urge Europe to bolster economic growth in countries like Italy and Spain, while raising new lending capacity for the monetary fund itself. “With the anxieties late last year, I think the E.C.B.’s extraordinary actions were appropriate, but I think some misled themselves because they only bought time,” said Robert B. Zoellick, the outgoing head of the World Bank, on Thursday. “Further actions are going to be called for.”

Domestically, most analysts still see an economy with a self-sustaining recovery, if not a spectacular one. “These things just don’t go up in a straight line,” Mr. Shepherdson said. “It is a tango.”