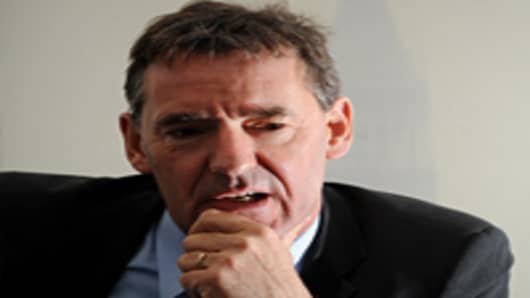 "It looks pretty much slam-dunk to me. I don’t think we’ll see it this quarter, but before the year’s over we’re still on for that," the usually bullish O'Neill told Squawk on the Street.

"Out of the blue we get U.S. datathat has been a bit on the disappointing side. It doesn’t surprise me we’ve gotten into a bit of a choppier market," he said, but "the growth story is intact in the U.S."

O'Neill, creator of the term "BRIC" as an acronym for Brazil, Russia, India and China, said these countries can no longer be considered "emerging markets" in the traditional sense because, at least in the case of China, their markets are too important for American businesses.

Apple , which reported earnings late Tuesday, is the latest case in point.

"Revenue trebled to China in the past 12 months and now 20 percent of what [Apple is] getting is from China," O'Neill said. "How can you call that a traditional emerging market? It doesn’t make sense."

O'Neill said his job is to encourage the Goldman Sachs unit's "quite conservative" pension fund clients to broaden their portfolios to include the BRICs as well as what he calls "growth-market economies" in Mexico, Indonesia, Turkey and South Korea.

There are "many pension fund investors who think of emerging markets as not important, a source of risk, very difficult to understand and therefore stay away from them," O'Neill said. "I think part of my job is to help people realize the scale at which the world is changing, and one of the things is to not think of some of them, particularly China, as an emerging market."

The world is very different, he added, "particularly for people in our generation. The world is not the same we grew up in. The countries that are driving the world’s growth is not the U.S. but the growth market economies, of which China and the other BRICs are the absolute cornerstone of them."