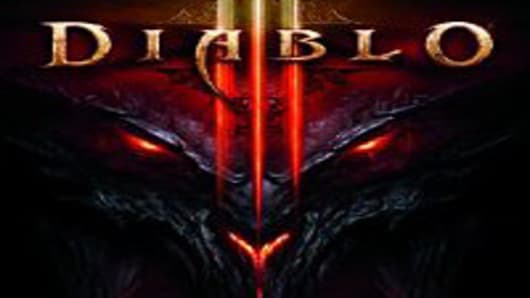 When Activision Blizzard’s long-awaited Diablo III went on sale at midnight, it had already broken records. Blizzard reports that the fantasy demon-killing game is its best pre-seller ever, and Amazon says it’s the most pre-ordered PC game yet. It’s been a dozen years since Diablo II, but that hasn’t hurt the franchise — if anything it’s only built up excitement for the PC game that retails for $60.

Despite the fact that gamers can download the game from the Internet and don’t have to deal with the hassle of going to a store to buy a physical disc, fans still turned out in droves for the event of last night’s launch. More than 1,500 people gathered for a release party in Irvine, Calif., near Blizzard’s headquarters, to play the game and get their copies signed by the developers. And more than 8,000 retailers around the world held midnight launch events.

Activision said in its earnings call last week that pre-sales have been strong — analysts expect about 5 million copies to sell in the second quarter, which adds up to $300 million in retail sales. This could drive some upside for Activision’s second quarter numbers.

But the game’s launch didn’t entirely go smoothly — this morning many gamers couldn’t log in, getting an “Error 37” message. This was so prevalent that the message about the software bug trended on Twitter.

Blizzard issued this statement in response: "Due to tremendous demand for Diablo III at launch, some players have experienced difficulty logging in to the game. Our teams have resolved most of the issues and continue to work on and monitor the game servers to ensure a positive experience for everyone."

Right ahead of the launch party, I spoke with Blizzard CEO Mike Morhaime about the fact that the game allows players to trade virtual goods for real cash. He told me that making trading part of the game itself will make the trading more fun. In the past, people would trade virtual goods for cash on third-party platforms. But bringing it in-house should benefit everyone.

What does Morhaime make of the video game industry’s struggles of late? He says he thinks his games are competing against “all other forms of entertainment,” — they’re really “competing for players' time.” What about the rise of social games like Zynga’s games on Facebook? Morhaime says that Diablo is a lot more social, and for $60 for unlimited play, he says it’s a good deal.