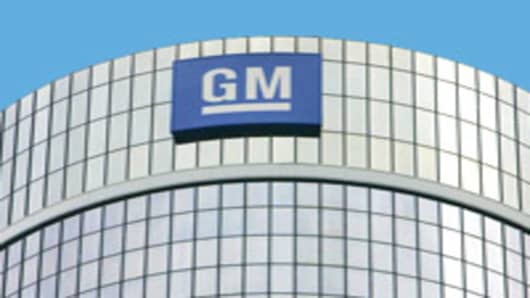 General Motors has released an SEC filing disclosing a contract between the automaker and an ad agency that employs the wife of GM CFO Dan Ammann. The disclosure comes a month after GM filed its annual proxy statement listing potential conflicts of interest involving GM executives.

In this case, Ammann says he was unaware of the contract with his wife’s ad agency until GM’s corporate governance team asked him about it just a few days ago.

GM says the transaction has since been ratified under the automakers Related Party Transaction Policy.

The contract in question involves the Mother New Yorkad agency, and one of its partners Pernilla Ammann, who is also the wife of the GM CFO. In 2011 Mother New York was awarded a $600,000 contract to work on the 100th anniversary of Chevrolet. That anniversary took place on November 2nd.

In January, General Motors started the annual process of having executives disclose potential conflicts of interest involving themselves or relatives doing business with the automaker. Mr. Ammann did not list the Chevrolet contract with Mother New York and the relationship is not disclosed in the GM proxy filed in April. Last week, while reviewing contracts, the GM corporate governance team flagged the Mother New York/Chevy deal. It was flagged because the ad agency is listed on a form Mr. Ammann filled out previously for potential conflicts of interest.

When GM alerted Mr. Ammann of the Mother New York/Chevy contract, he said he was unaware of it. The contract has since been approved by GM CEO Dan Akerson and GM General Counsel. GM Spokesperson Dave Roman says GM policies allow the company to approve contracts after the fact.

CNBC tried to reach Mrs. Ammann at the Mother New York ad agency, but it was closed for Memorial Day weekend.