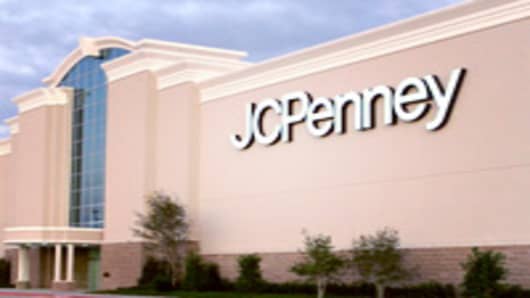 Hedge fund manager Bill Ackman remains steadfast in his belief that his investment in JCPenney will pay off, and says he has the patience to wait out the company's turnaround under new CEO Ron Johnson.

In an interview Tuesday with CNBC's "Squawk Box," Ackman said JCPenney has the right management and the right strategy in place.

Pershing Square, the firm Ackman founded, has placed a big bet on JCPenney and is the department store retailer's largest shareholder. As of March 31, Ackman owned about 39 million shares, or about 17.9 percent of the company.

That means Ackman took a big hit earlier this month when JCPenney shares plunged in the wake of a disappointing earnings report that signaled to some investors that the struggling retailer's new strategymay take some time to boost sales.

According to Ackman, part of the issue is JCPenney has had to change the image of its brand and the experience in its stores before it can attract the best vendors and products. Ackman expects Johnson has accomplished this, but says customers have yet to see the new products that he has ordered, and won’t until the beginning of August, when they will be announced.

“It’s a difficult transition,” he said. “There are some extreme couponing customers, who we probably lost money on, who may not come back, but the people who are focused on quality and value, and ultimately product, we should do very well.”

This leads Ackman to suspect that the sharp same-store sales decline of 18.9 percent in the first quarter should be the bottom for JCPenney.

Ackman said he has “a lot of patience” to wait for the company's strategy to yield results.

“Time is your friend because eventually people will get it,” he said.

During the first quarter, JCPenney focused on brand marketing but not on price and value, he said. He expects that message will come.

The department store also hasn’t announced the names of the new brands that will be sold within the store. That announcement won’t come until August, Ackman said. There also will be new technology coming to change the customer experience, he said.

Despite Ackman's confidence, he has stumbled with an investment in the retail sector in the past. In 2009, Ackman had started a fund to bet solely on Target. He took a stake, and launched a proxy fight, where he looked to replace four members of Target's board. In the end, the effort didn't work, and Ackman lost much of the value of that investment and even reached into his own pocket to pay back a portion of the money investors had given him.