The worsening outlook for the BRIC nations – Brazil, Russia, India and China – has put into question whether these leading emerging economies can continue to power global growth. 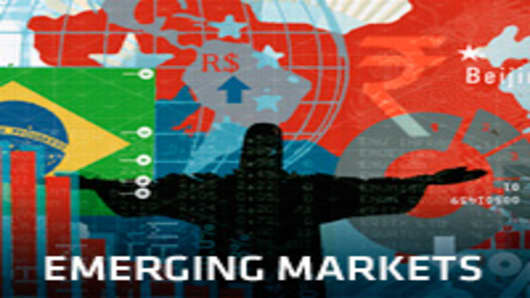 Data on Thursday showed India grew at its slowest pace in nine years over the January-March quarter, while Brazil cut interest rates overnight for the seventh time to steer its economy back on a growth path.

Meanwhile, talk of another stimulus package from China has been rife over the past few days, suggesting the world’s second largest economy is beginning to worry about a deceleration in growth.

According to Goldman Sachs, the BRICs have contributed over 50 percent to global growth over the past three years, compared with an average of 27 percent over 2000-07, but the recent slowdown in these economies is worrying analysts.

For Robert Prior-Wandesforde, Director of Asian Economics at Credit Suisse, the Indian GDP numbers were nothing but “shocking,” while Ruchir Sharma, Morgan Stanley’s Head of Emerging Markets told CNBC that the “markets which are already disappointing and could disappoint even more are the celebrated emerging markets – the Brazils, the Russias.”

Official GDP data, due on Friday, is likely to show that Brazil expanded just 0.5 percent in the first quarter from the previous three months, while Russia has cut its growth forecasts for the year to 3.4 percent due to slowing investments.

As BRIC countries downshift to lower “growth plains,” Sharma says the “stars of the past decade” may loose their shine to smaller emerging markets including the Philippines, Indonesia and Thailand.

“The whole BRIC asset class had this amazing run. Its time in the sun was the last decade because what was going on in the U.S. was just miserable, and now I think there are perfectly good alternatives to the BRICs in other places,” Matthews said.