When eurozone finance ministers gathered in Brussels two years ago to agree the first 110 billion euro Greek bailout, it set an unfortunate template for rescues to come: months of equivocation followed by an all-night scramble to get a deal done before Asian markets opened – only to produce a bailout that underwhelmed and had to be enlarged just months later. 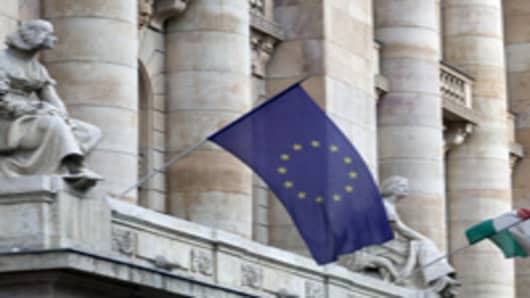 For the eurozone, the fourth time may be the charm.

The bailout plan for Spain was, eurozone officials argue, a robust answer to critics who accused EU leaders of consistently reacting too slowly, too late and with the least possible amount of cash in the face of a crisis spinning out of control.

“This is a very clear signal to the markets, to the public, that the eurozone is ready to take determined action,” Olli Rehn, the EU’s top economic official, said on Sunday. “This is pre-emptive action.”

Rather than wait for Spain to complete the latest in a long series of stress tests on its banks later this month, eurozone officials agreed to move before the market turmoil that next week’s Greek election may produce. They were able to sew up the outlines of a deal on a two-hour conference call on Saturday evening.

Officials note that instead of undershooting estimates of Spanish bank needs, they have overshot: the International Monetary Fund estimated a requirement of at least 40 billion euros, but the eurozone agreed to provide at least 100 billion euros. “We deliberately wanted to ensure there is some additional safety margin,” Mr Rehn said.

“This is the first time Europe is willing and able to deal confidently and overwhelmingly with [such] a large contingency,” said one eurozone diplomat. “And all through a straightforward telephone conference. No all-nighters, no devising new instruments in a panic, and no penny-pinching haggling over money.”

Yet while eurozone officials moved quickly and with financial clout, it remains uncertain whether the speed and totals will be enough. EU leaders were hampered for weeks by the Spanish government’s resistance to an outside rescue, and some analysts believe even 100 billion euros may not be enough to deal with the losses facing Spanish banks hardest hit by real estate losses.

Senior officials acknowledge there are still shortcomings in the Spanish rescue plan. The most nettlesome to Spanish, French and European Commission officials is the requirement that bailout loans, even though they are solely intended to shore up Spanish banks, must still be funnelled through the government, adding to the 559 billion euros in existing debt on the central government’s books.

EU officials have long acknowledged that the most problematic dynamic in the ongoing crisis is the strong tie between debt-riddled governments and the banks that finance them.

“This is, of course, one key issue both in the short term and the medium to long term,” Mr Rehn said last week when asked if bailout funds should be lent directly to banks instead of through governments. “The key issue is to be able to break the link between the banks and the sovereigns so that we can go to the roots of this current debt crisis.”

That link has created a mutually reinforcing downward spiral. In some cases, it was the banks that brought down otherwise responsible governments, as in Ireland, where the government entered the crisis with its books in order but found itself overwhelmed when it bailed out property debt-engorged Irish lenders.

In other cases, thedynamic was reversed, as in Greece and France, where otherwise sound financial institutions were undermined by their large holdings of sovereign debt from faltering countries like Spain and Italy.

It was that dynamic that forced the European Central Bank to flood the region’s banks with 1 tnillion euros in cheap loans last year.

But while the ECB solved one problem, it may have reinforced another: Spanish banks, in particular, used the cheap cash to load up on Spanish sovereign bonds, which has only redoubled the link between the financial sector and the government.

Both Mr Rehn and the new French government have pushed for changing the rules so that the eurozone’s new 500 billion euro rescue fund, the European Stability Mechanism, could make direct capital injections into banks.

But the ESM does not come into being until next month at the earliest, after all 17 eurozone members ratify its treaty. Even then it would require an agreement of its new board of 17 finance ministers to change the rules.

Germany has long resisted such a change – indeed, Berlin for months stuck to its insistence that eurozone rescue funds be barred from helping banks at all before giving in last year – meaning any changes are unlikely to come in time to help Spain.