5 Minutes With a Visionary: Steve Blank

Editor’s note: As part of CNBC’s “20 Under 20: Transforming Tomorrow” TV documentary, we interviewed thought leaders and visionaries who have paved the way for the next generation of entrepreneurs. In a series of Q&As called “5 Minutes with a Visionary,” we discover what has shaped and molded the careers of these innovators. 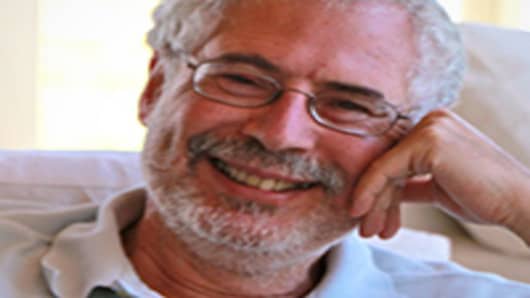 Steve Blank knows a thing or two about starting a company. He founded eight of them over a 21-year time span. His startups ranged from semiconductor companies to supercomputer firm Ardent to military intelligence systems supplier ESL to E.piphany, his last company.

He uses a baseball metaphor on his website to tally up his “total score,” which he says includes “two large craters (Rocket Science and Ardent), one dot-com bubble home run (E.piphany) and several base hits.”

Blank retired in 1999 at which point he transitioned from entrepreneurship to education, teaching at U.C. Berkeley, Stanford University, and Columbia University. In 2012, the Harvard Business Review listed Blank as one of the “Masters of Innovation” — just one of many accolades he’s received during his retirement.

Q: What do you consider to be your greatest success as an entrepreneur or tech leader?

I think the greatest success is actually when I retired. I came up with the customer development process which became the beginning of a lean startup movement which radically transformed how startups got built. First in Silicon Valley, then across the country.

Q: What innovation in the last 20 years has had the most positive impact on your life? (and/or society)

The intersection of social and mobile and the net has been the most profound change I’ve seen in technology.

Q: What current challenge, when resolved, would do the most to change the world?

Q: If you had the world's intellectual elite all in one room, what thought provoking question(s) would you pose for debate?

I would just tell them what I’ve been teaching for the past ten years — that there are no facts inside the building, so what the hell are we doing inside? Let’s get out. Most meetings are actually just people talking around each other and just the construction of the sentence. There is some value in doing that. I just take exception to the premise.

Q: What individual or innovator has had the biggest impact on society?

I have a Silicon Valley centric point of view. The guy who basically is the center of the universe for Silicon Valley is probably the least known and is a guy named Fred Terman. Fred Terman was the professor at Stanford who single handedly created entrepreneurship in Silicon Valley. The people who created the current wave of everything we know about computers are two guys named Robert Noyce and Gordon Moore who founded companies called Fairchild Semiconductor and Intel. They basically started the whole “Silicon” part of Silicon Valley, which led to PC’s, the Internet and the rest. 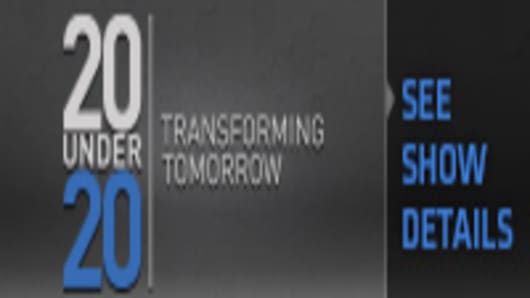 Q: You’ve created several businesses within a broad range. What were you hoping to accomplish with them? What did you learn in creating them?

The only thing I was trying to accomplish was to learn more — at least for the eight startups I did. Since then, as an educator, with customer development in startups, I guess I was trying to do what Steve Jobs kind of did. Brilliantly articulated, I was trying to make a dent in the universe. I think we’ve now radically changed how people in the United States, and now worldwide, think about starting companies. It’s satisfying.

Editor's Note: This interview has been condensed and edited.

For more details on “20 Under 20: Transforming Tomorrow,” check out our Facebook app. and follow our Tumblr blog.