As the Chinese economy continues to sputter, prominent corporate executives in China and Western economists say there is evidence that local and provincial officials are falsifying economic statistics to disguise the true depth of the troubles. 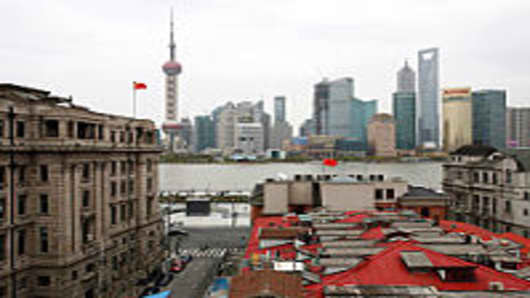 Record-setting mountains of excess coal have accumulated at the country’s biggest storage areas because power plants are burning less coal in the face of tumbling electricity demand. But local and provincial government officials have forced plant managers not to report to Beijing the full extent of the slowdown, power sector executives said.

Electricity production and consumption have been considered a telltale sign of a wide variety of economic activity. They are widely viewed by foreign investors and even some Chinese officials as the gold standard for measuring what is really happening in the country’s economy, because the gathering and reporting of data in China is not considered as reliable as it is in many countries.

Indeed, officials in some cities and provinces are also overstating economic output, corporate revenue, corporate profits and tax receipts, the corporate executives and economists said. The officials do so by urging businesses to keep separate sets of books, showing improving business results and tax payments that do not exist.

The executives and economists roughly estimated that the effect of the inaccurate statistics was to falsely inflate a variety of economic indicators by 1 or 2 percentage points. That may be enough to make very bad economic news look merely bad. The executives and economists requested anonymity for fear of jeopardizing their relationship with the Chinese authorities, on whom they depend for data and business deals.

The National Bureau of Statistics, the government agency in Beijing that compiles most of the country’s economic statistics, denied that economic data had been overstated. “This is not rooted in evidence,” an agency spokeswoman said.

Some still express confidence in the official statistics. Mark Mobius, the executive chairman of Templeton Emerging Markets Group, cited the reported electricity figures when he expressed skepticism that the Chinese economy had real difficulties. “I don’t think the economic activity is that bad — just look at the electricity production,” he said.

But an economist with ties to the agency said that officials had begun making inquiries after detecting signs that electricity numbers may have been overstated.

Questions about the quality and accuracy of Chinese economic data are longstanding, but the concerns now being raised are unusual. This year is the first time since 1989 that a sharp economic slowdown has coincided with the once-a-decade changeover in the country’s top leadership.

Officials at all levels of government are under pressure to report good economic results to Beijing as they wait for promotions, demotions and transfers to cascade down from Beijing. So narrower and seemingly more obscure measures of economic activity are being falsified, according to the executives and economists.

“The government officials don’t want to see the negative,” so they tell power managers to report usage declines as zero change, said a chief executive in the power sector.

Rohan Kendall, senior analyst for Asian coal at Wood Mackenzie, the global energy consulting firm, said coal stockpiled at Qinhuangdao port reached 9.5 million tons this month, as coal arrives on trains faster than needed by power plants in southern China. That surpasses the previous record of 9.3 million tons, set in November 2008, near the bottom of the global financial downturn.

The next three largest coal storage areas in China — in Tianjin, Caofeidian and Lianyungang — are also at record levels, an executive in China said.

Many Chinese economic indicators already show a slowdown this spring, with fixed-asset investment growing at its weakest pace in May since 2001. The annual growth rate for industrial production has edged below 10 percent, while electricity generation was up only 3.2 percent in May from a year earlier and up only 1.5 percent in April.

The question is whether the actual slowdown is even worse. Skewed government data would help explain why prices for commodities like oil, coal and copper fell heavily this spring even though official Chinese statistics show a more modest deceleration in economic activity.

Manipulation of official statistics would also provide a clue why some wholesalers of consumer goods and construction materials say sales are now as dismal as in early 2009.

Studies by Goldman Sachs and other institutions over the years have strongly suggested that Chinese statisticians smooth out the quarterly growth figures, underreporting growth during boom years and overstating growth during economic downturns.

And Chinese officials have raised questions in the past about the reliability of Chinese economic statistics. An American diplomatic cable released by WikiLeaks shows that Li Keqiang, widely expected to become premier of China this autumn, said in 2007 that he regarded China’s broad measures of economic growth as “ ‘man-made’ and therefore unreliable.”

Mr. Li told an American diplomat that he looked instead to three indicators that he described as less likely to be fudged: electricity consumption, volume of rail cargo and the disbursement of bank loans.

Jonathan Sinton, a China energy specialist at the International Energy Agency, said he had not heard of false data in China’s electricity sector, and he doubted it would be feasible at the five biggest electricity generation companies that together produce half of China’s electricity.

“If there is a problem, it is going to be located in the smaller producers,” he said, cautioning that even these producers would eventually have to submit accurate information to reconcile fuel, electricity and financial accounts.

Stephen Green, a China economist at Standard Chartered Bank, said that the Chinese economy was still likely to recover this autumn as extra bank lending started to stimulate spending.

But a survey of Chinese manufacturing purchasing managers, released on Thursday by HSBC and Markit and conducted independently of the government, gave the second-gloomiest reading for their businesses since March 2009. Only November of last year was worse, when many small and medium-size businesses faced a brief but severe credit squeeze.