Despite the fall in China’s property prices over the past eight months and growing worries over the financial health of its developers, investment strategists tell CNBC they are bullish on junk bonds issued by the country’s large real estate firms. 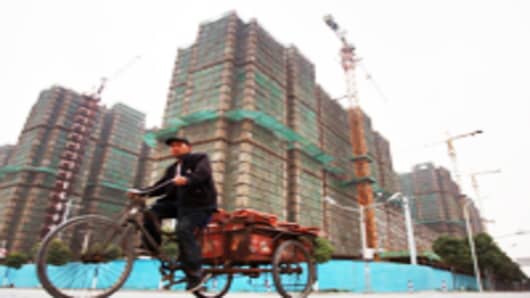 “(Chinese) property bonds are some of the best opportunities out there - they offer 10 to 20 percent yield,” Eddie Tam, Chief Investment Officer at hedge fund Central Asset Investments told CNBC.

“In our analysis, most, if not all of the developers will be able to repay or refinance their debt. They have the most straight forward and valuable assets – land – it is simple and doesn’t depreciate. I think the risks are overstated,” he said, adding that sales momentum is picking up after falling in the first four months of the year.

Data in recent weeks have hinted at a turnaround in the property sector. Earlier this month, China’s National Bureau of Statistics reported that May home sales rebounded for the first time this year, rising 19 percent to 375.7 billion yuan ($59 billion) from April.

“Despite the bearishness about the property market, it’s still the asset class of choice in China. Buyers are responding well to the price cuts (by developers), sales are holding up pretty well,” Tam said.

While prices of these junk-rated property bonds – which slumped in September-October last year due to mounting fears of a property crash - have bounced back, Anita Yadav, Managing Partner at corporate bond brokerage SJ Seymour Group, says there is still value in this space.

“Prices continue to remain off their highs seen (early) last year. Country Garden bonds due in 2017 have not recovered all their losses - last March they were trading at $111, now they are $101,” she said.

“We expect bond issuance from the property sector to remain suppressed for the whole of this year – this reflects improving funding flexibility and reduced funding needs,” he said.

Hjort sees improving cash flow positions for the developers in the second-half of the year, as sales volumes increase. He also expects they will remain disciplined on spending due to the uncertain policy outlook for the sector.

Yadav, however, notes that it is important to be selective when investing in Chinese high-yield property bonds.

She says well-diversified developers that have exposure to second and third tier cities and are focused on mid-market housing - including Country Garden and Agile Property - are safer bets.

“Look at the developers that are monetizing their existing land bank and selling off their existing projects, instead of those with aggressive growth ambitions,” she added.

Hjort, who also favors Country Garden and Agile, says he is betting on Shanghai Industrial Urban Development Group and Longfor Properties as well.