New Crop of Foreclosures Is Coming 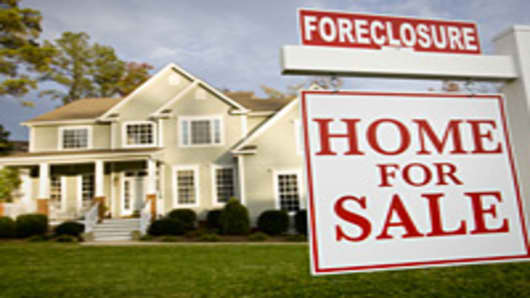 While fewer Americans are falling behind on their mortgage payments, the huge backlog of already delinquent mortgages is finally making its way through the banking system to foreclosure.

“Those foreclosure starts are welcome news for prospective buyers and real estate brokers in many local markets where a shortage of aggressively priced inventory has been holding up sales activity. Markets with increasing foreclosure starts will likely see more distressed inventory for sale in the form of short sales and bank-owned properties in the second half of the year,” said Brandon Moore, CEO of RealtyTrac.

While many of the previously hard-hit markets are seeing declines in foreclosures, other cities are seeing big gains. Foreclosure activity increased more than 20 percent from second half of 2011 in Tampa (47 percent), Philadelphia (30 percent), Chicago (28 percent), New York (26 percent), and Baltimore (21 percent).

New foreclosures, known as “starts,” rose in more than 60 percent of metro markets. RealtyTrac ranked the best markets for investing, by looking at where sales prices are increasing but foreclosure discounts are still at 15 percent or higher. Durham, NC, Boston, MA, Cleveland, OH and Phoenix, AZ all made the top ten.