Yet another key benchmark in the financial industry is under scrutiny. 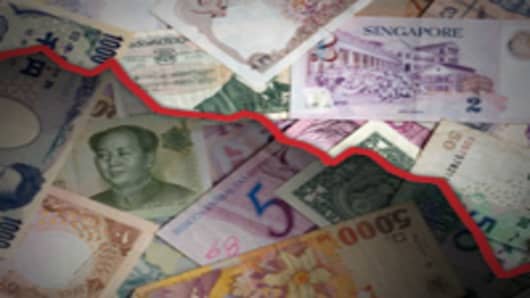 Attention has swung to a set of benchmark interest rates that help determine how much cities and states pay to borrow money in the bond market.

The scrutiny of the Municipal Market Data, or M.M.D. index, comes on the heels of revelations that a broader financial industry benchmark, the London Interbank Offered Rate, or Libor, was manipulated by banks before and after the financial crisis. Libor is used to help determine the costs of products like mortgages and credit cards.

Thomson Reuters, which owns Municipal Market Data, said on Monday that it “has been involved in discussions with regulators” about the rates, which influence the prices of bonds and derivatives in the $3 trillion municipal bond market.

The company released the statement after the municipal bond industry’s self-regulator, the Municipal Securities Rulemaking Board, said that its board was “concerned about the transparency” behind the creation of a few indexes used to set prices in the municipal bond market, the most important of which is the M.M.D. index.

The M.M.D. rates influence a much smaller market than Libor, but it is one that is crucial to how cities and states across America borrow money to maintain roads and bridges and provide essential services such as public education.

The rates are compiled and issued each afternoon by Thomson Reuters using a proprietary method that includes input from banks that buy and sell municipal bonds, industry participants said, though Thomson Reuters does not publicly explain its method.

Christopher Taylor, the executive director of the Municipal Securities Rulemaking Board until 2007, said that during his years at the agency he heard frequent complaints that the opaqueness of the M.M.D. rates allowed them to be “manipulated” by banks that hold many municipal bonds.

“The feeling was that there were games being played with this,” said Mr. Taylor.

Since regulators in June accused Barclays of trying to rig Libor, lawmakers and government agencies have been taking a broader look at other benchmarks that the financial industry could influence for its own benefit. In Europe, regulators are investigating whether banks artificially moved the Euro Interbank Offered Rate, or Euribor.

The scrutiny of the M.M.D. rates comes as a number of other events are drawing attention to the transparency and fairness of the municipal bond market. On Monday, three former bankers at UBS went on trial in Manhattan on charges that they had colluded to steer municipal bond transactions to specific banks in exchange for kickbacks.

Separately, the Securities and Exchange Commission will release a lengthy report soon that recommends reforms for the municipal bond market so that investors are put on a more even footing. Municipal bonds are popular among retail investors because the interest paid on them is exempt from federal taxes. But the market is largely controlled by big financial institutions that have resisted providing customers with information about how bonds are priced.

The S.E.C. report is also set to question the transparency surrounding the M.M.D. rates, according to a person who has seen the report but was not authorized to speak about it publicly.

Municipal Market Data was founded in the 1980s to provide data about a corner of the bond market where finding basic prices has been difficult in part because the securities were thinly traded. The company’s most popular and influential product is an index that it issues each day that shows the going price for high quality AAA municipal bonds.

Banks use the previous day’s rates as a guide to set the price of new bonds they are issuing on behalf of cities and states. A bank, for instance, may say that bonds being issued by the State of New York are expected to pay an interest rate of M.M.D. plus 50 basis points, or a half percent. The ultimate interest rate paid by a municipal bond is generally set through an auction as the banks issuing the bonds line up investors to buy the securities.

The index has also become more important in pricing financial contracts, known as swaps, that municipalities enter into with banks to manage the risks associated with changing interest rates. These arrangements mean that a movement in the M.M.D. index could hurt a municipality and help its banker, or vice versa.

David J. Madigan, who once worked at M.M.D., said that the company had tried to caution financial institutions not to use the index as an exact measure of municipal bond prices.

“It wasn’t supposed to be the base for prices,” said Mr. Madigan, now the chief investment officer at Breckinridge Capital Advisors.

Mr. Madigan said that M.M.D. published the rates to clients each day after talking with big banks about the prices they paid for particular munis. Using these sorts of conversations made the rates vulnerable to manipulation by the banks that M.M.D. consults, according to Mr. Madigan and other market watchers.

The broader criticism of M.M.D. within the industry is that there is little information on how it is calculated and as a result, little way to determine if it is accurate. A competitor to M.M.D., Municipal Market Advisors, sent a note last week to other players stating “the lack of transparency of current, widely used municipal benchmarks provided by Thomson Reuters has caused the S.E.C. some concern and we expect the agency to bring those concerns to light in a forthcoming report.”

Municipal Market Advisors has an index that it has positioned as a competitor to the M.M.D. Alan D. Polsky, the chairman of the Municipal Securities Rulemaking Board, said it was planning to look into how both companies set their rates.

Mr. Polsky said the board had not previously been aware of potential problems with the rates. He added that it did not have the authority to demand changes in how the indexes were calculated because they were created by private companies. He said he hopes to produce material helping investors to understand the rates, and said that if there were broader problems, they would be referred to the S.E.C.