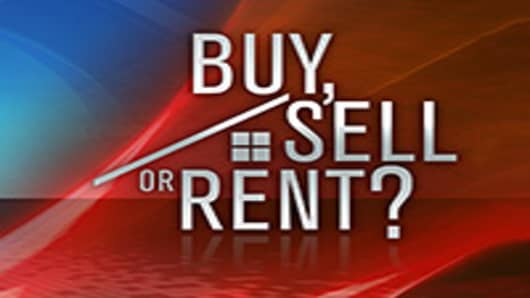 American homes have never been more affordable than they are today. Prices are down dramatically, mortgage rates are at record lows and desperate sellers are willing to make concessions.

Still about one third of Americans choose to rent, despite the fact that 85 percent say owning makes more sense financially than renting over the long term, according to a new Fannie Mae study.

Buying is cheaper than renting in most U.S. markets, according to another study from online real estate sale site Zillow. The upfront costs may be higher, but Zillow looked at what it calls the “breakeven horizon,” which is when the cost of owning (including down payment, taxes, fees) meets the cost of renting. While markets will vary neighborhood to neighborhood, the breakeven point in many markets, like Minneapolis, Baltimore, Denver, St. Louis, Chicago and Charlotte, is under three years.

The main barrier to homeownership for many, however, is the mortgage market.

The days of free-wheeling lending are over, and credit worthiness is now king. There are low down payment options, like the FHA, but too many potential buyers don’t meet the credit qualifications either for the great low rates or for the loan itself.

The other half of the equation is attitudes.

Consumer confidence in housing is still in the basement, especially for younger Americans, who make up 46 percent of the rental market, according to Fannie Mae. Younger Americans not only have the highest unemployment rate, but they also don’t have the cash for today’s higher down payments, and in many cases they’ve seen their parents lose massive amounts of home equity. Fannie Mae’s survey found that attitudes played a much bigger role in the decision to buy for some, while demographics played higher for others, and home values, believe it or not, played a very small role:

While renters have historically been younger, lower wage-earners, nearly 20 percent of renters make between $50,000 and $100,000 a year in income, according to Fannie Mae. Nearly half of those who own a home without a mortgage are over the age of 65. But the renters keep coming, as aging baby boomers downsize and as younger cohorts choose not to fight the mortgage market.

“While we do agree that housing is bottoming, that doesn’t mean we’re coming back strongly,” says Oliver Chang, former head of housing strategy at Morgan Stanley , who just launched Sylvan Road Capital, a new real estate fund which intends to invest $1 billion in the single family rental market over the next two years. “It is still incredibly difficult to get mortgage credit. The lending environment, whether government-backed or private, is still unclear.”

Despite the recession, the household formation rate has been growing steadily, which means more demand for shelter. Rentals will likely absorb much of that demand, unless and until lending ramps up. It will take several years for many Americans to not only rebuild their credit scores and rebuild their faith in home ownership.