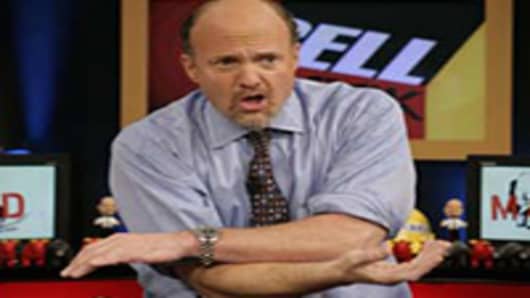 "There's an undeniable mystique to owning something that trades in the single digits," Cramer said. "They allow you to stay engaged and keep your head in the game."

High-risk, high-reward speculative stocks keep investing interesting, Cramer noted. These stocks can generate "enormous gains" when done correctly, but they can also bring "gut-wrenching losses" when mistakes are made. There are two kinds of stocks in the single-digit space: Those that have been shunned by institutional money managers and the relatively unknown stocks of undiscovered companies. 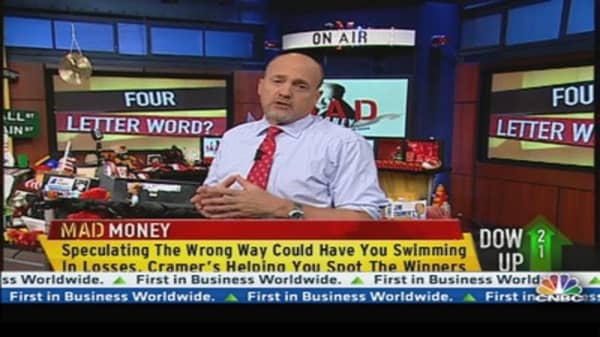 Money managers fear the downside of stocks that appear broken, so they will not invest in single-digit stocks. Their pessimism allows investors to benefit from this "classic mispricing," Cramer said. When the fundamentals of these companies start to turn, investors can buy them at "terrific" prices because the "big boys" won't go near them. Take Ford Motor, for example, which dropped to roughly $4 a share during the financial crisis. Cramer also pointed to Sprint Nextel's stock, which was "left for dead" early in 2012 on fears the wireless company might be headed for bankruptcy. The stock has since doubled from its lows after it spiked 20 percent in a single session on better-than-expected quarterly results, Cramer noted.

"All of these stocks were supposed to be trash, they were dumpster juice," Cramer said. "But if you went dumpster diving, then you caught doubles or triples."

When it comes to speculative stocks, Cramer said the overall goal is to invest in tiny, largely unknown companies in sectors that could catch a turnaround. That way, if Wall Street starts showing love to the sector you have a speculative play in, you can hopefully profit from large gains. These speculative fads happen quickly and don't often last long, so Cramer said it's important to take profits when you have them. At the same rate, it is wise to cut your losses before you get burned too badly. When you speculate, Cramer said you don't want to buy and hold forever. Instead, investors should look for something that's going higher and when it does, ring the register.

Owning something speculative can help you to starve off boredom and possibly bring large profits, Cramer said.

"Lots of fantastic stocks started as speculations," he noted. "Just because a stock trades at $3 doesn't mean it's three-card monte. It could be a triple waiting to happen."