With a few U.S. economic indicators defying gravity and stocks in rally mode, another flood of liquidity from the Federal Reserve is far from assured, two top investment professionals told CNBC Monday. 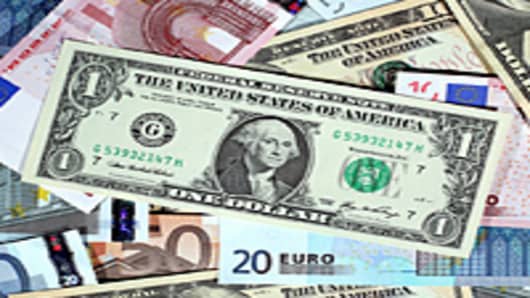 To the extent that the Fed(learn more)does decide to press ahead with more quantitative easing (learn more), the central bank’s bond buying may falls short of market expectations, they added.

A clutch of Fed officials have sent contradicting signals about whether the economy needs more stimulus. Tobias Levkovich, chief U.S. equity strategist at Citigroup, said the “very mixed message” from policymakers about more stimulus is making some investors question whether the Fed will ride to the rescue, or whether more easing will even match its first two rounds of bond buying.

“There seems to be more controversy within the Fed [about whether] they want to provide a whole lot more liquidity,” Levkovich said. “Even (Fed Chairman Ben Bernanke) is suggesting fiscal policy needs to be addressed, not monetary policy, because they’ve pumped a lot into the system.”

He added that there was “no likelihood” of the Fed rolling out more stimulus before the U.S. presidential election in November, given the uncertain fiscal policy outlook.

The market’s focus has now shifted to Bernanke’s upcoming speech in Jackson Hole, Wyo., later this week. Doll emphasized that the U.S. economy appears to be keeping pace with Bernanke’s self-described benchmark for more stimulus. (Read More: The Heat Is on Bernanke—Will He Say Anything?)

“It’s the data dependency phrase” the Fed chief mentions repeatedly, Doll said, pointing to sturdy retail sales, steady unemployment (learn more), and a budding recovery in the housing market. “The data has gotten better. We still have this bust in credit overhang that’s going to last a bunch of years.”