Already pinched by sanctions, Iran’s oil revenues dropped sharply in July to possibly less than a third of what it took in a year ago. 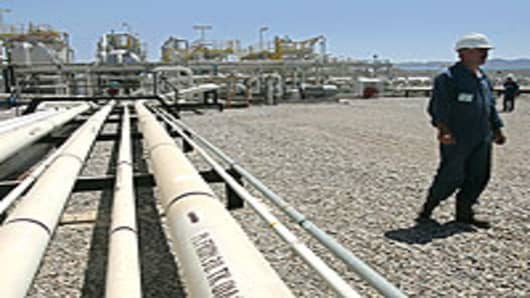 Getty Images
Tawke oil field near the town of Zacho in Dohuk province about 250 miles north of Baghdad, Iraq.

Iran exports fell off in the first month after new U.S. and EU sanctions took effect, and its oil revenues plummeted in July to $2.9 billion from $9.8 billion in July, 2011, estimates Rhodium Group partner Trevor Houser.

Houser also estimates, after studying partner trade data, that customer receipts of Iranian crude were about a third the amount of last July, and half the amount of June.

“The challenge is it doesn’t seem to have much of an impact,” on Iran’s behavior, Houser said in a phone interview.

The U.N. nuclear watch dog, IAEA, reported in its quarterly report last week that Iran doubled its capacity to produce higher-enriched uranium in an underground facility, and it continues to block inspectors from verifying that a military site, Parchin, was not used for atomic weapons tests. Iran denies its nuclear program is a weapons program.

JPMorgan commodities analysts last week said the possibility of a military strike by Israel increased to 10 to 15 percent in August, from low single digits in January.

“We think conventional wisdom vastly overestimated this risk in [the first half of] 2012, lost interest when missile volleys did not occur by June, and now underestimates the importance of recent threats by the Israeli leadership and the soul-searching public debate taking place within Israel about the wisdom of a preemptive strike,” they wrote.

JPMorgan analysts also say they disagree with some military analysts who see the risk of an Israeli military strike by November in the range of 50 to 70 percent. That prediction is based on the belief that Israel would need to strike before Iran’s program becomes impervious to attack.

Houser said the economic sanctions are working more quickly than some had expected, and the lack of impact on Iran has prompted calls in Washington for even tougher financial sanctions.

“I don’t think we’ll see Iranian exports decline any further for the next couple of months, but the upside for Iran is pretty limited as well—maybe 1.1 or 1.2 million in August and not much more in September,” he said.

Houser said it is likely that some July imports were moved to June before EU sanctions on shipping insurance took effect. He also said there are reports that Japanese and Turkish imports increased slightly in August. (Read More: Track Recent Oil Prices) 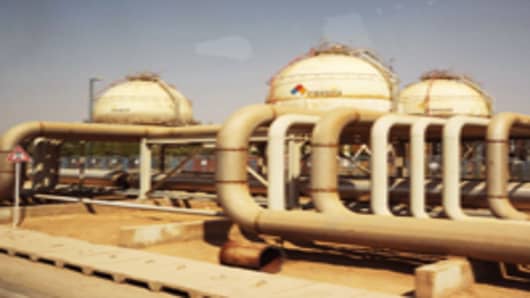 “If oil gets a lot more expensive in the fourth quarter, there’s going to be a strong temptation for Beijing to allow traders to buy discounted Iranian spot cargoes to provide some market relief,” he said.

”Oil prices were down roughly 10 percent in July 2012 relative to same-month 2011 levels. So the year-on-year reduction in Iranian oil export revenue was sharper than the drop in the number of barrels shipped, even if Iran was able to get market price for every barrel,” which was unlikely, Houser wrote. He estimates oil revenue declined by about $2 billion from June levels.